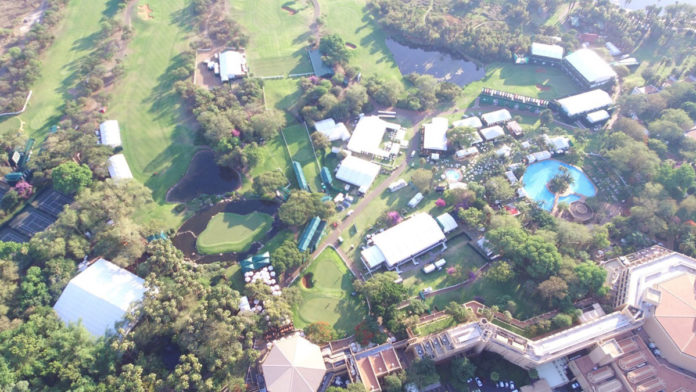 Golf fans are going to experience the most interactive Nedbank Golf Challenge in the tournament’s history as this year’s event showcases a host of ground-breaking new activations and experiences aimed at making fans an even greater part of “Africa’s Major”.

From the moment spectators enter Sun City for this iconic Rolex Series tournament on the European Tour Race to Dubai from November 14-17, they will be welcomed to a golf experience that includes the latest VR technology, live activations, and a wide variety of hospitality, entertainment and dining options on par with the biggest tournaments in world golf.

“Our whole focus this year is on fan engagement and involving as many spectators in as many different activities as we can, and giving them the opportunity to win what are some truly amazing prizes on offer this year,” says Jeanne Visagie, Tournament Operations Manager of the Nedbank Golf Challenge.

One of the most anticipated of these activations, which will be announced later, will involve the fans in a way that has never been done before at this tournament and utilising the Nedbank Golf Challenge App to enhance the spectator experience.

“It’s going to be something totally unique and we are very excited about it,” says Visagie.

A new Information Kiosk at the Skytrain station in public parking will be the first welcome point for spectators, and tournament personnel will inform them of every possible golf activation and experience they can enjoy.

The entrance to the Public Village has been redesigned and will literally guide the spectators into a world-class offering of entertainment and hospitality, and which will again feature the latest VR technology showcasing the incredible history of the Nedbank Golf Challenge hosted by Gary Player.

“We have found that our fans are extremely in favour of the new VR technology and activations we introduced last year, but that they also love the kinetic experiences of chipping and putting and so on. So this year we are bringing an even more intense experience of both,” says Visagie.

One of the major changes to the Public Village will be a new stage constructed over the Soho hotel pool and flanked with two big screens for the live entertainment on each of the tournament days after play.

The extremely popular Stella Bunker Challenge will be back again, but it has been expanded to also include a putting challenge. There will also be a Stella Dining Experience with food and beer pairings hosted by a celebrity chef.

The new Callaway Corner will offer fans the opportunity to test their skills chipping to a floating target in the Soho hotel pool, or trying to chip onto an inflatable target in the design of a giant dartboard, with a host of incredible prizes on offer.

A new addition on the dining front will be the Pernod Ricard Gin Garden in the Public Village, while the SunBar will still provide a variety of premium drinks, a Nespresso Coffee Bar will serve both cold and hot coffees, and an Amarula pop-up will add to the overall food and beverage experience.

The food village will again offer a blend of dining experiences from both Sun City’s Food Factory and the Brew Monkey.

The public hospitality offering is proving immensely popular and affirms once again the Nedbank Golf Challenge’s status as a premier hospitality sports event on the South African calendar.

According to André Homan, Circa: Director Sales and Hospitality, Nedbank Golf Challenge hospitality sales increased by 25% from 2017 to 2018.

Spectators are already taking advantage of one of the three hospitality packages on offer this year, including The Circa Legends Club, The Circa Pavilion and The Circa 18th Green.

“Our flagship hospitality, The Circa 18th Green, is already sold out for the Saturday and Sunday of the Nedbank Golf Challenge,” says Homan.

“We believe these three packages cater perfectly to the market for this tournament, and our hospitality offering compares to the best you can get at a golf event on the European Tour.”

The fan experience of this year’s Nedbank Golf Challenge is completed with a hassle-free luxury coach transport option for those traveling from Johannesburg and Pretoria.

The tournament’s transport partner, Zeelo, will this year expand its offering with a further four departure points to ensure the safe departure and return of spectators, and including services from The Maslow Sandton, Time Square, Cedar Square, Clearwater Mall, East Rand Mall and Eastgate Shopping Centre. The coaches depart at 06h00 each day of the tournament and will depart from Sun City at 17h00.

Along with the public offering, Zeelo is also offering packages where individuals or corporates can book a private transfer, from a 7-seater up to a 60-seater.