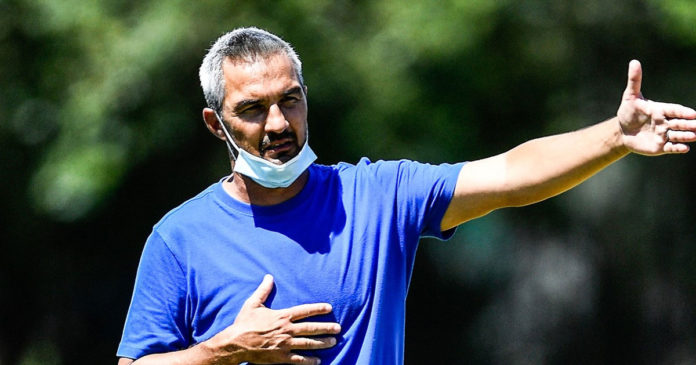 The Springbok Sevens team will not participate in the Madrid Sevens tournaments at Campo UCM Central later this month after the national government of Spain extended their COVID-19 related travel restrictions on a number of countries, including South Africa.

This means South Africans are not allowed entry into Spain util 2 March, ruling the national sevens team out of the two tournaments to be played on consecutive weekends – from 19-21 and 26-28 February – in the Spanish capital.

The Blitzboks were due to leave for Spain on Wednesday evening as the original travel ban was due to expire on that day, but this week it was extended to early next month, resulting in the Blitzboks withdrawing from the two events, first arranged by World Rugby to prepare teams that qualified for the Tokyo Olympic Games in July.

“I feel for the players, already short on tournament time, as they worked really hard to get into match mode and we were in the final week of those preparations,” said Powell.

“It does show us however, how unpredictable things are all around the world at the moment. We spoke about being flexible leading up to the Olympics and this is living proof of that. We can only control the controllable and there is nothing we can do about this situation.

“I told the players that the most successful team in the Olympics will be the one that can adapt best and not necessarily the one who played the most matches leading up to Tokyo.”

Members of the Blitzboks’ management are already busy with alternative plans to provide the squad with some match action in the coming weeks.