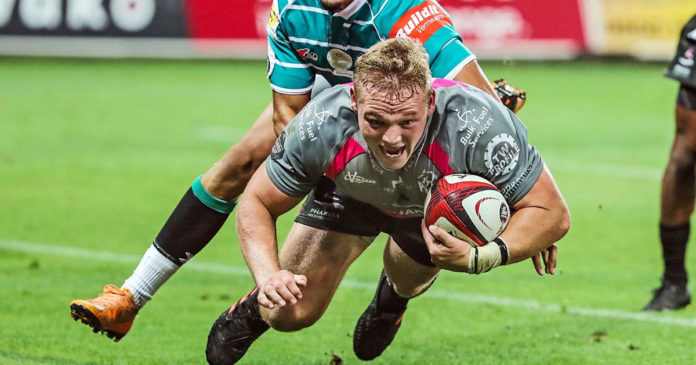 The Vodacom Bulls consolidated their position at the top of the standings as the Carling Currie Cup stepped up a big gear in the second round, with the Xerox Lions and Phakisa Pumas also on the winning side.

The men from Pretoria were rampant in the second half of their match against the Toyota Cheetahs in Pretoria on Saturday afternoon, as they bagged a full-house of five log points to move eight points clear of the Cell C Sharks on the log, with the Durbanites enjoying a bye.

DHL Western Province had a good opportunity to leap-frog the Cell C Sharks on Saturday evening, but they went down to the Xerox Lions in an enthralling encounter in Johannesburg.

As a result, Jozi’s Pride passed the Toyota Cheetahs on the log and the Capetonians had to be satisfied with a losing bonus point for their efforts.

On Friday evening, the Phakisa Pumas punished a lacklustre Tafel Lager Griquas to bag their second win of the season over the men from the Northern Cape.

The teams from Durban and Bloemfontein both have a game in hand though.

Phakisa Pumas do the double over Tafel Lager Griquas

A powerful display by the Phakisa Pumas’ forwards paved the way to a 22-17 victory over Tafel Lager Griquas and their first Carling Currie Cup victory of the season in Nelspruit on Friday evening.

The home side stamped their authority from the outset with entertaining phases of play on attack and a dominant performance in the scrums, and this paid off with a 15-7 halftime lead.

The second half, however, was tightly fought as Tafel Lager Griquas showed their fighting spirit until the dying minutes, but in the end a penalty try awarded to the Phakisa Pumas proved to be the difference as each team crossed the tryline twice.

Vodacom Bulls stretch their lead at the top of the log

A flawless kicking display by veteran Vodacom Bulls flyhalf Morne Steyn and a brace of tries by Marco van Staden (flanker) paved the way for a rewarding 40-13 bonus-point victory against the Toyota Cheetahs in their round two Carling Currie Cup match at Loftus Versfeld on Saturday.

The win allowed the Pretoria outfit to continue their dominance this season, with the team stretching their lead at the top of the standings with an impressive seventh victory in eight matches.

The Vodacom Bulls got off to a quick start, building up an encouraging 13-3 lead in the first 20 minutes, but the Free Staters’ forced their way back into the match to level the scores at 13-13 by halftime.

The home side, however, found their rhythm in the second half, scoring 27 unanswered points, which saw them outscore the men from Bloemfontein four tries to one.

A penalty goal on the final hooter by Tiaan Swanepoel was enough for the Xerox Lions to secure a last-gasp 22-19 Carling Currie Cup victory over DHL Western Province at Emirates Airline Park in Johannesburg on Saturday night.

Swanepoel, who made his Carling Currie Cup debut for the Johannesburgers at fullback, scored five penalty goals – many of them from quite far out – as the home team snuck through for their second successive win.

The game was on a knife’s edge for most of the 80 minutes before that moment as the two packs went hammer and tongs against each other, not giving away any free inches in an energy sapping affair upfront.

Two moments of brilliance from speedsters Seabelo Senatla (DHL Western Province) and Stean Pienaar (Xerox Lions) brought some life to the game, in which both teams lacked some accuracy at times and made too many mistakes, mostly due to great defence.