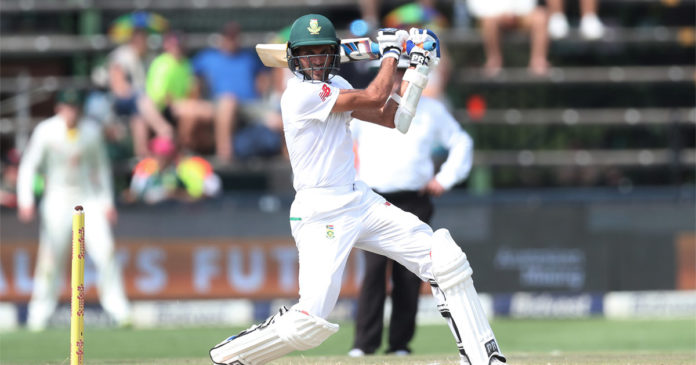 Keshav Maharaj and Dane Paterson brought some much-needed defiance to the Standard Bank Proteas batting effort with South Africa’s highest partnership of the match before the inevitable happened and England won the third Test match at St. George’s Park on Monday by an innings and 53 runs.

It gave them a 2-1 lead in the four-match series and retention of the Basil d’Oliveira Trophy for Test match competition between the two countries regardless of what happens in the final match at the Imperial Wanderers Stadium from Friday when the Proteas will be hoping to square the series.

England are the current holders of the trophy, having won it in South Africa during the 2015-16 season and retained it in England in 2017.

The 10th wicket pair put on 99 runs in a stand that was only four runs short of the record against England which has stood since 1929. Maharaj was run out on 71 (106 balls, 10 fours and 3 sixes), only one run shy of his career best against India last year while Paterson’s unbeaten 39 (40 balls, 6 fours) was his career best in his debut match.

The day’s play had looked for a very early finished after Vernon Philander was dismissed off the third ball of the day and both Kagiso Rabada and Anrich Nortje followed soon afterwards but the last-wicket pair had other ideas, forcing England captain Joe Root to take the second new ball to get the job finished.

The efforts of Maharaj and Paterson were largely responsible for the Proteas managing to score 135 runs in the morning session in almost 27 overs for the loss of the final four wickets.

England’s Ollie Pope, having earlier scored his maiden century, completed a fine match with six catches to be named Man of the Match. This is the 10th instance of an England fielder taking six catches in a match and remarkably the second in the current series.

Dom Bess picked up one of the last four wickets to fall, courtesy of Pope’s final catch, to finish a fine match with six wickets, including his maiden fifer in the first innings.