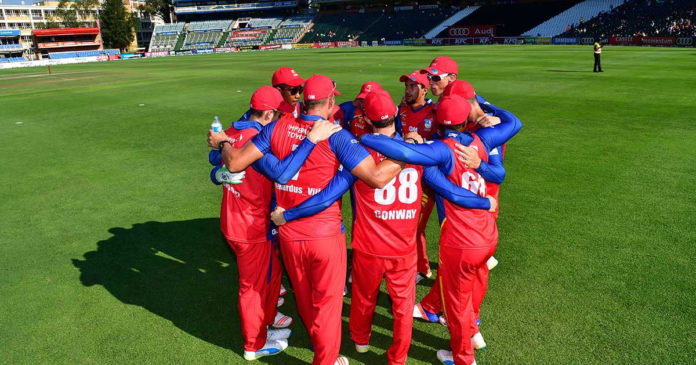 Imperial Lions coach Wandile Gwavu is looking forward to facing the Warriors in East London next week, saying the 4-Day Domestic Series clash against the host is always one of their most challenging fixtures.

Both teams began the 2019/20 campaign with contrasting fortunes in round one this past week. The defending champions edged out the World Sports Betting Cape Cobras by 11 runs on a difficult pitch in Potchefstroom – a match that ended in just over two days – while the Eastern Cape franchise suffered a heavy 255-run defeat to the VKB Knights in Kimberley.

“I will take the win, but I was definitely not happy with the way it went and the match being over in two days,” interim Lions coach Gwavu stated. “In any case, it’s very rare that you get close games like that in four-day cricket.

“I think what’s important is that you get into a habit of winning them more often than not. I think that’s what will get you towards winning the competition come the end of the season. In this case, though, I was not impressed with what happened in Potch.

“For that reason, we’ve put it behind us as quickly as possible and start from scratch when we go to East London.”

In the Lions’ opener, they were bowled out for 215 in their first innings thanks in the main to Kagiso Rapulana, one of few positive performances in the game with his unbeaten half-century. “There weren’t many positives in the game, that’s why this is a fresh start against the Warriors,” Gwavu explained. “We’ll take it like that and not carry much from the last game.

“We’re looking forward to the next game against a team who always challenge us. We’re still fully focussed on what we need to do and try and improve in this game.”

The Lions have also been bolstered by the news that their new Standard Bank Proteas superstar, Rassie van der Dussen, is now back with the team.

“Rassie is back and in contention for the game,” Gwavu added. “He has practised with us this week and we look forward to welcoming him back.”

Last season the two teams were involved in an epic encounter that went right down to the wire on the final day of the season. The Lions ended up bowling out the Warriors late on the final day, in the near darkness of the North West light.