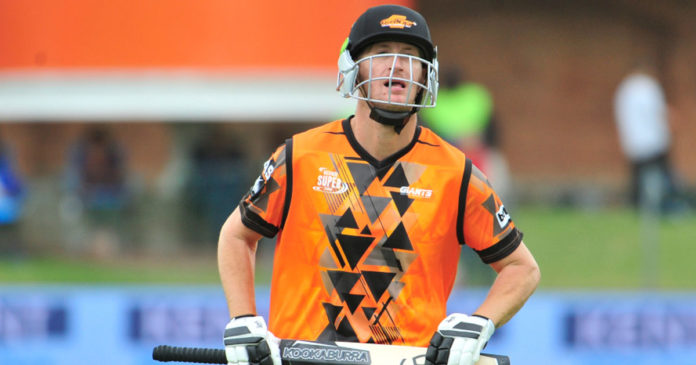 Chris Morris starred with bat and ball as the Nelson Mandela Bay Giants inflicted a second successive loss on defending champions the Jozi Stars in their opening match of the Mzansi Super League (MSL) season in Port Elizabeth on Sunday.

The Standard Bank Proteas all-rounder first blasted a priceless 20 off 11 balls, before sending down some key overs at the death to finish with one for 20 as the hosts won by 24 runs at St George’s Park.

Batting first, NMBG found themselves in early trouble, before an 85-run fifth-wicket partnership between veterans Heino Kuhn (47 off 37 balls) and Farhaan Behardien (48 off 34 balls) helped them recover to post 167 for seven.

And despite 62 off 58 balls (5 fours) from Reeza Hendricks, the 2018 winners could only manage 143 for five – suffering their second loss in two games at the start of MSL 2.0 after being beaten by Cape Town Blitz in the tournament opener on Friday.

For the Giants, it was an excellent finish to the game, which had not started out too well after they lost the toss and were asked to bat first.

England World Cup winner Jason Roy was out for a duck, while captain Jon-Jon Smuts (9), Ben Dunk (14) and Matthew Breetzke (23) were all out with only 48 on the board in the seventh over.

Kagiso Rabada led from the front with two for 27.

But then came the Kuhn-Behardien repair job, before Morris blitzed 20 in no time to help set 168.

The Stars, though, appeared on course for victory after the top order laid a strong foundation, not too dissimilar to what they did on Friday.

Hendricks and the ‘Universe Boss’ Chris Gayle (18) added 46 for the opening wicket, before skipper Temba Bavuma (33) drove his side to 116 for one in the 16th over when he eventually fell to Junior Dala (2/35).

With 49 needed from the last four overs, the Stars would have backed themselves.

However, Morris conceded only three in his 17th over, Imran Tahir (1/24) went for six in the 18th and the all-rounder restricted nine from the penultimate over to all but seal the game.

That left Rassie van der Dussen (17) with too much to do in the last as NMBG sealed a comfortable win.