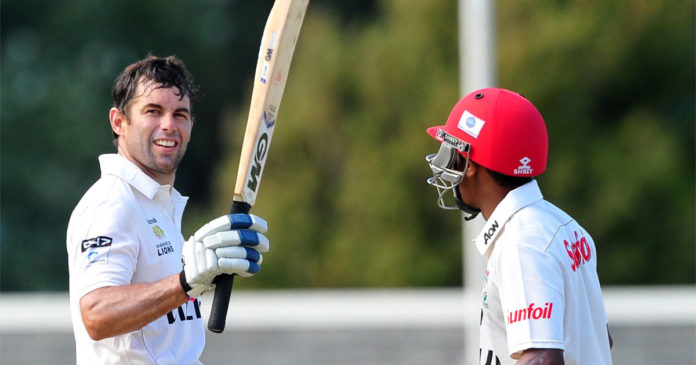 Former Proteas and Lions batsman Neil McKenzie has joined the Jozi Stars backroom team in a mentorship and consultancy role for the duration of the Mzansi Super League (MSL 2.0) campaign.

McKenzie  brings with him a wealth of experience to the Jozi Stars team, having scored a career total of just under 36 000 runs. He has represented the Lions and Proteas in Test, ODI and T20 formats as well as spells in England for Durham, Somerset and Hampshire.

The Lions legend was most recently with the Bangladesh national team where he was the batting coach to the Tigers side for their 2019 ICC Cricket World Cup campaign.

‘It is great to have Neil join our team. He was always joining the side at this stage of the tournament due to his international commitments and we are excited to have him on board until the end of the tournament where hopefully the Jozi Stars will be crowned champions once again. We have not had a good start to MSL 2.0 but if you cast your mind back to 2018 we also had a poor start and then went on and won the event. We are still excited and feel we can win this season and with Neil joining our current management group I am sure we will get an extra edge with his support, advice and guidance.” commented Jono Leaf-Wright Central Gauteng Lions CEO.