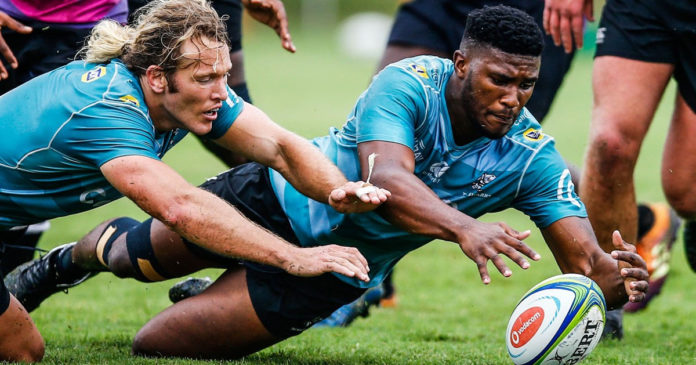 South Africa’s four Vodacom Super Rugby franchise teams will return to competitive rugby this weekend in an exciting double header at Loftus Versfeld, where the Vodacom Super Fan Saturday will restart the local season that was halted because of the COVID-19 pandemic.

All the action can be seen live on SuperSport, with the Vodacom Bulls kicking proceedings off against the Cell C Sharks at 16h30, and the Emirates Lions facing the DHL Stormers at 19h00.

Please click on the headline-links to read the full team news articles.

A new-look Cell C Sharks backline will be on display when the KwaZulu-Natalians face the Vodacom Bulls in the first match of Vodacom Super Fan Saturday at Loftus Versfeld in Pretoria.

With Springbok RWC stars Makazole Mapimpi (off to Japan) and Sbu Nkosi (injured), as well as exciting prospect Aphelele Fassi (injured) not available, Cell C Sharks coach Sean Everitt has named a bunch of new backs in his squad.

Blitzboks Werner Kok and Muller du Plessis feature amongst the backs with new signing Manie Libbok, who returns to his former stomping ground in Pretoria, as well as the experienced Curwin Bosch, Lukhanyo Am, Jeremy Ward, Marius Louw and JP Pietersen.

Meanwhile, Vodacom Bulls Director of Rugby Jake White included four Springbok loose forwards in his squad of 30 players for their clash against the Cell C Sharks.

Duane Vermeulen will lead the charge for the Vodacom Bulls, in what will be his first game back at Loftus Versfeld in 2020, having recently returned from a stint in Japan, while another Bok loosie, Arno Botha, is also back at his old home ground from Munster in Ireland.

White’s first competitive squad includes a number of returnees, new faces and debutants, including Nizaam Carr, in his debut for the Pretoria side, and fellow Bok flank Marco van Staden, former Blitzbok Tim Agaba and the promising Muller Uys also in the running to impress White for a starting spot in the loose trio, where the Vodacom Bulls have amazing depth.

Amongst the backs, Springbok and Blitzbok speedster Gio Aplon will debut for the Vodacom Bulls, where a number of tried and tested players will aim to stretch the Durbanites on defence.

Springbok fullback Warrick Gelant will make his DHL Stormers debut in the familiar surroundings of Loftus Versfeld in Pretoria, where he previously played for the Vodacom Bulls before joining the Cape franchise during the lockdown.

Springbok flyhalf and 2019 Rugby World Cup winner, Elton Jantjies, will lead an Emirates Lions team featuring a vibrant mix of youth and experience when they cross paths with the DHL Stormers.

Jantjies will be joined by four Springboks – Ruan Dreyer (prop), Marvin Orie (lock), Jaco Kriel (flank) and Courtnall Skosan (wing) – who have all been named in the starting line-up, while several former World Rugby U20 Championship players have been included in the squad of 30 players.