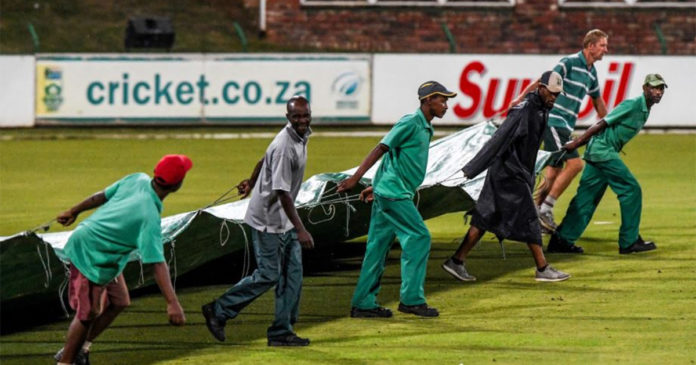 The Durban Heat and Jozi Stars saw their Mzansi Super League (MSL) campaigns draw to a disappointing end after their final match of the regular season was abandoned without a ball being bowled at Hollywoodbets Kingsmead Stadium on Tuesday.

The hosts were desperate for a game in order to have a chance of reaching the play-offs in what was also the last match overall in the round-robin stage of action.

Instead the weather had the final say, meaning they finished the competition in fourth place on 22 points, one behind the Tshwane Spartans (23), who benefitted from the result by being confirmed as the last team that progressed to the next stage.

The Centurion-based side will now meet the Nelson Mandela Bay Giants in the Qualifier in Port Elizabeth on Friday, with the winner to face the Paarl Rocks in next Monday’s Reconciliation Day final in the Cape Winelands.

For the Stars, winners of the inaugural edition of the Twenty20 league last year, rain completed a miserable MSL 2.0 for them – one in which they failed to win a single match and with all their six points being a product of washouts.