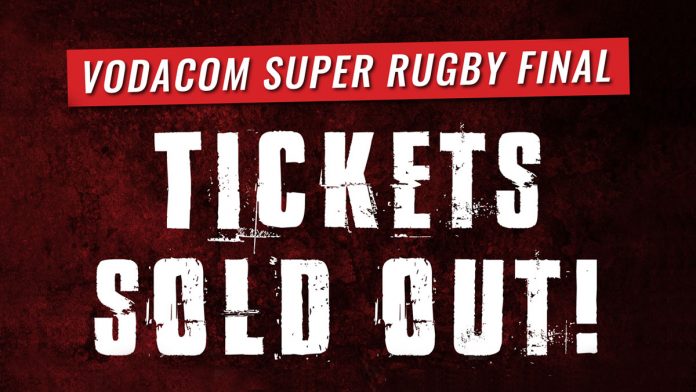 Tickets for the Vodacom Super Rugby final between the Emirates Lions and the BNZ Crusaders at Emirates Airline Park on Saturday 5 August have been sold out.

The system will be checked for any errors and should there be any available it will go to the supporters that had to turn around empty handed at the ticket office on Monday.

Season ticket holders who have not redeemed their tickets, will have until close of business on Wednesday to do so. If they do not take up their tickets it will be released back into the system.

On Thursday from 12:30-13:30 the Vodacom Red Activation will take place at Emirates Airline Park on the northern side for Vodacom Red Clients where 4000 tickets will be handed out by Emirates Lions players.