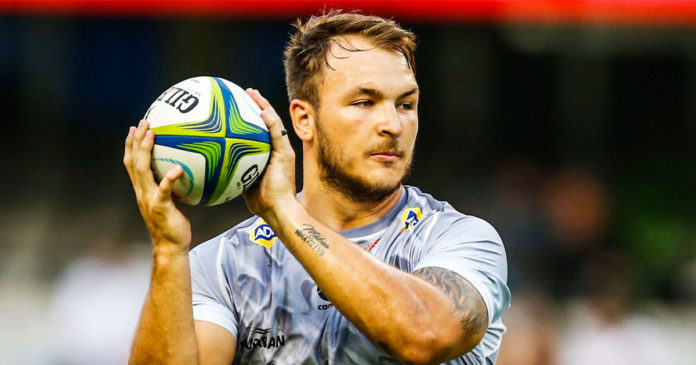 The Cell C Sharks will hope to bounce back to winning ways in their third Australasian Vodacom Super Rugby tour match against the Rebels in Ballarat outside Melbourne on Saturday morning (05h45 SA time).

In the first of two local matches to be staged later on Saturday, the DHL Stormers face a stern test when they host the formidable Jaguares from 15h05 in Cape Town.

Thereafter, the Vodacom Bulls return to action when they play their first home match of the season in Pretoria against the Blues from New Zealand. Kick-off at Loftus Versfeld is at 17h15.

All the fourth round matches will be televised live on SuperSport 1.

Esterhuizen to lead Cell C Sharks against Rebels in Ballarat

Springbok centre Andre Esterhuizen will take over the captaincy duties from regular skipper Lukhanyo Am, who is being rested, for the Cell C Sharks’ fourth round match with the Rebels on Saturday in Ballarat.

The Rebels will play their first match at Mars Stadium in Ballarat – approximately 100km north-west of Melbourne.

Jeremy Ward comes into the starting line-up as replacement for Am while Curwin Bosch has rejoined his team mates Down Under after returning from a family bereavement.

The Springbok utility player is straight back into the starting side, while fellow Springbok Makazole Mapimpi has recovered from his concussion and is also back in the starting fifteen.

The DHL Stormers have made four changes for their home encounter with the Jaguares, with Springbok tighthead prop Wilco Louw set to earn his 50th Vodacom Super Rugby cap off the bench.

The DHL Stormers will be looking to make it four straight wins this season in the clash with the Jaguares, who played in the Vodacom Super Rugby Final last year.

Milestones for Vodacom Bulls’ Visagie and Kotze against Blues

Jaco Visagie and Johnny Kotze will both run out for their 50th Vodacom Super Rugby caps against the Blues on Saturday when the Vodacom Bulls return to Loftus Versfeld for the first time this season.

Visagie made his tournament debut for the Vodacom Bulls back in 2015, while Kotze made his debut in the colours of the DHL Stormers in 2015 before moving to Pretoria.

The Vodacom Bulls will be feeling the pressure as they are yet to register a win in 2020 but will take confidence from the fact that out of the nine matches played against the Blues at Loftus Versfeld, they have won six and drawn one.

The other Round 4 fixtures are (SA times):