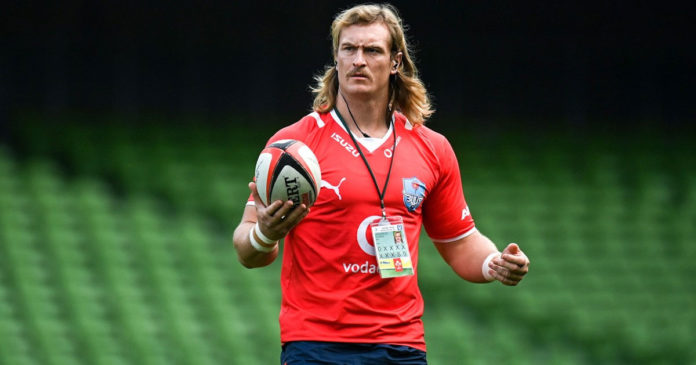 It will be yet another new venue for each of the four South African teams in round three of the Vodacom United Rugby Championships and all will be hoping for a more constructive result this time around.

The Cell C Sharks will be out of the blocks first on Friday when they take on the Ospreys in Wales, with the DHL Stormers, Vodacom Bulls and Emirates Lions in action on Saturday.

The Vodacom Bulls are, like their Durban compatriots, in Wales where they will take on Cardiff, while the Cape and Jozi sides find themselves in Scotland.

The Emirates Lions will face Glasgow Warriors while Edinburgh await the DHL Stormers at The DAM Health Stadium.

It has been a trying time so far for all and Cell C Sharks skills coach Phiwe Nomlomo admitted that playing three different teams from three different countries in successive weeks demands adaptations to counter the different styles of each side.

“Just last week, we were playing against internationals in almost every single position and look at our guys, many of them only 22 or 23, so we were up against a side that have done this before, they’ve travelled all around the world,” he explained.

He said Ospreys will test the Sharks in different areas from the opening two matches.

“Ospreys play close to the style of Wales; they are a massive kicking side that likes to maul. They’re very defence orientated and will try and stifle your play and box you in your own 22 and make it as hard as possible for you to get out.”

Despite not getting the desired results so far, the Vodacom Bulls side remains upbeat and optimistic as the season progresses. “The vibe and camaraderie are still great among the group. We continue to work hard both on and off the field,” Burger said. “The season is a long one, and definitely cannot be decided on the first two matches. There is still a lot to play for.”

The Emirates Lions are without injured flyhalf Jordan Hendrikse and that will see some changes in their approach, but EW Viljoen welcomes the variety in opponents and styles, even from within.

“Starting off the campaign, playing the different teams that play these different kind of game plans, suits us. We need to adapt to every game as we prepare in that week.”

The fullback was good value for money on attack last week – he made 102 metres against the Scarlets and beat four defenders in the process, but he feels it is all about the team.

“Our mentality is to put the team first. It is how I can be the best for the team week-in and week-out, we are definitely capable of handling everything these teams throw at us,” he said.

The Stormers will persevere with their attacking approach, as it will bear fruit soon, believes assistant coach Labeeb Levy as he contemplated Saturday’s clash with Edinburgh: “We took a lot away from Saturday (against Munster),” he said. “We felt a bit happier – compared to the previous week – with the style of play and a bit of intent. The players showed a lot of commitment, and better style of play, especially the backs, who had some nice penetration as well,” Levy said.

“(Offloads in the tackle) is something that we’ve put more emphasis on in the last two weeks especially, and the European teams are good in what they do, but they are not overly exposed to that style.”

The 18-round regular season in the Vodacom United Rugby Championship will see one league table to rank the teams who will reach the knock-out stages.

Final Series / Play-Offs: One league table will be used to rank teams and after 18 rounds the top eight sides will qualify for the Play-Offs. Teams will be seeded from 1 to 8 and will receive home advantage according to their seeding.

A full round of quarterfinals and semi-finals will take place to produce two teams who will qualify for the Grand Final.