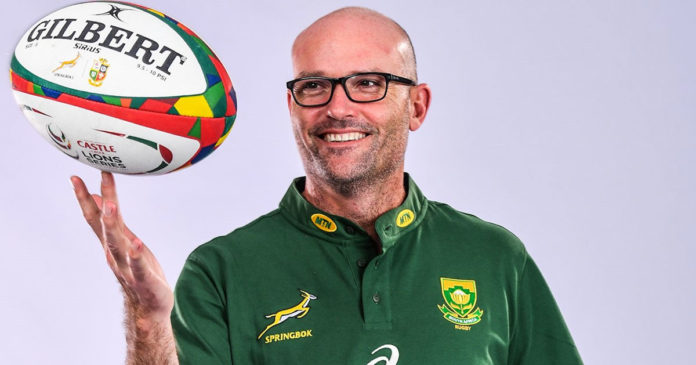 Springbok coach Jacques Nienaber said they were excited to measure themselves against the best in the Southern Hemisphere as they gear up for four bumper weeks of action against Australia and New Zealand in the Castle Lager Rugby Championship.

The Springboks, who won the title in 2019, come off two victories in a row against Argentina in Nelson Mandela Bay, and they will look to build on this when they line up against Australia in Gold Coast (12 September) and Brisbane (18 September) respectively, and New Zealand in Townsville (25 September) and Gold Coast (2 October).

Nienaber reported that Thomas du Toit (prop) returned to South Africa on Tuesday due to a family bereavement, while Boks will also be without RG Snyman (lock), who was unable to make the trip to Australia due to personal reasons.

With an expanded squad on tour and due to the time-consuming process of calling up a replacement with team members set to undergo a strict COVID-19 testing regime in South Africa and a mandatory 14-day quarantine period in Australia before being able to train, Nienaber opted against calling up replacements, which means there are now 41 players on tour.

The Springboks missed out on the Castle Lager Rugby Championship last year due to COVID-19 restrictions, and with the team now settled near Brisbane with a little over a week to go before their mandatory quarantine ends, Nienaber said his charges were fully focused on the task at hand.

“The Rugby Championship is a tough competition,” Nienaber said during a virtual media conference from the team hotel on Tuesday.

Nienaber added: “If one looks at Australia and New Zealand’s style of play, there are a lot of similarities. They play a fast game with continuity and they chase ball in play, and when something is on, they’ll play it. But they can also play a territory game when it gets slower.”

Nienaber was delighted that the Boks could return to full training on Tuesday after the South Africans and Argentina were forced to self-isolate in their rooms from Sunday night to Monday evening following a false positive COVID-19 test.

“We had COVID-19 tests on Saturday, and we got the results on Sunday evening, which is when we were informed that there could be a possible positive test,” the Bok coach said.

“A new test was conducted which returned a negative result, but we had to self-isolate in our rooms for almost a day until we received the result. Fortunately, we were able to return to our rugby programme on Tuesday, and we had two good field sessions and a morning gym session.”