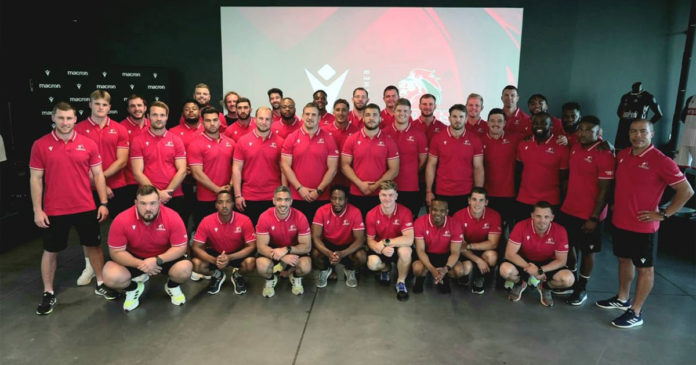 The Emirates Lions unveiled their new kit sponsor as they touched down in Bologna ahead of the inaugural United Rugby Championship (URC) tournament.

Italian athleisure brand Macron have partnered with the Emirates Lions in a deal which will see the Johannesburg team appear in the traditional red and white strip featuring the Macron logo ahead of their opening fixture against Zebre on 24 September in Parma.

“We are incredibly excited to be aligned with a cutting edge, high performance sportswear brand like Macron. The Emirates Lions and Macron share the same values of high standards and hard work.”

The launch, which included a tour of Macron’s facilities, afforded players and management the opportunity to experience the manufacturing process at their headquarters in Bologna.

Macron, who boast 150 international stores, is the leader in production and sale for technical sportswear for professional,  semi-professional and amateur teams.

“It is with great satisfaction that we announce this agreement with the Emirates Lions,” said Gianluca Pavanello, CEO of Macron.

“The entry into the South African market represents a great opportunity for our brand and further expands our leadership in the world. The Emirates Lions are a franchise with a long tradition. We are delighted to welcome them into our family and to be able to offer them all our expertise and passion for developing a collection dedicated to them with jerseys that can ‘tell’ their story, exciting both players and fans.”, he concluded.