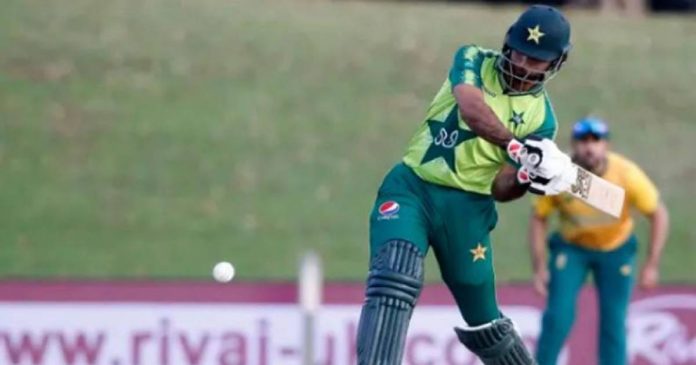 The Proteas’ summer drew to a disappointing end on Friday after they fell to a three-wicket defeat to Pakistan in the final KFC T20 International and with it lost the series 3-1 at SuperSport Park in Centurion.

Faheem Ashraf and Fakhar Zaman lead the way for the tourists, the former claiming three wickets and the latter recording a blistering half-century, before a slight wobble in between victory being sealed.

After winning the toss and asking South Africa to bat, the home side again made a promising start by reaching 109 for two thanks to Rassie van der Dussen’s dashing 52 (36 balls, 5 fours, 2 sixes). However, they then collapsed to 144 all out in 19.3 overs with Faheem grabbing three for 17.

Fakhar was then outstanding in the reply and plundered 60 off 34 balls (5 fours, 4 sixes) to help his side reach 92 for one at one stage. The home side did fight back through Sisanda Magala (2/33), Tabraiz Shamsi (1/21) and Andile Phehlukwayo (1/11) but Mohammad Nawaz’s unbeaten 25 sealed victory with a delivery to spare.

That concluded another disappointing showing by the South Africans as Pakistan completed the double – they also won the ODI leg of the tour.

They were on top for most of this game too as Aiden Markram fell early for 11. But Janneman Malan (33) and Van der Dussen put on 57 for the second wicket, before Heinrich Klaasen (9) helped take the score to 109 in the 13th over.

But they imploded badly from there, losing eight for 35 to be dismissed with three balls of the innings to spare.

The reply was ominous from the visitors when Fakhar and Babar Azam (24) got going following the rare early loss of Mohammad Rizwan for a duck, Bjorn Fortuin (1/26) striking in his first match of the series.

Pakistan were closing in on 100 in the 10th over when Lizaad Williams (2/39) finally broke the stand, sparking a collapse that saw five wickets fall for 23.

That opened the door slightly for the home side and they kept the pressure on bravely to take it to the last over, before a Nawaz six sealed victory for his side.