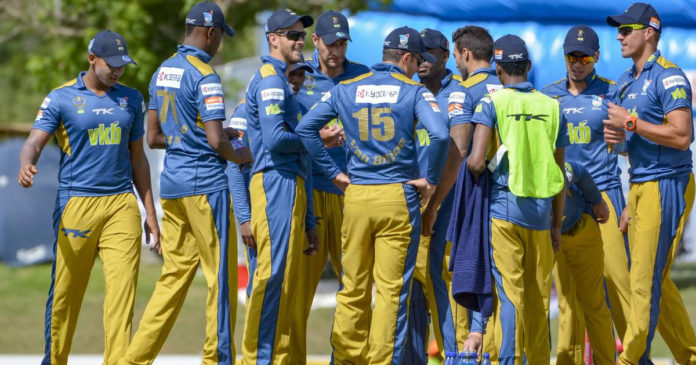 VKB Knights coach Alan Kruger has warned against underestimating the Imperial Lions ahead of their round three 4-Day Domestic Series encounter starting at the Diamond Oval in Kimberley from Monday.

The defending champions have had a tricky start to the season so far, winning one and losing the other of their two games thus far.

The Johannesburg-based side have also struggled to score runs, their highest total in four innings being the 217 they scored in a three-wicket defeat to the Warriors in East London.

“The Lions are obviously the defending champions and you cannot underestimate them one bit,” warned Kruger. “They have a very good squad.

“Although they have played two low-scoring games, obviously winning one and then losing the other one, so it will be interesting to see how far they can stretch as a squad for the whole four days.

“So that’s definitely something we have a close eye on. But take nothing away from them. We know their pedigree as the champions, so we’ll have to be prepared.”

The Knights on the other hand are on a role.

They sit second on the table after a win and draw this past week, although their result against the Hollywoodbets Dolphins was not an outcome Kruger had hoped for.

“We could have won it,” he lamented. “It was a good game nonetheless, I thought the toss played a big role, we wanted to bat first.

“But we still did well to restrict the Dolphins and then build a good lead. Pite (van Biljon) played superbly and so did Raynard (van Tonder), both putting up career-best scores in that record partnership. So I’m very happy.”

The draw this past week was in Bloemfontein, while their win the previous week against the Warriors took place in Kimberley, where they are returning to for the clash with the Lions.

Kruger is bullish about their prospects at a venue he feels has been kind to them. “We’re making sure from our end that we follow our processes and we compete next week,” he added. “Kimberley always produces results, more often than not there is a winner, and hopefully that will be us.

“We have a good record there and our aim will be to maintain that record against the Lions.”

Interim Lions coach Wandile Gwavu, meanwhile, has challenged his batsmen to stand up and be counted.

On the opening weekend of action, difficult pitch conditions made scoring difficult, but there was no excuse in East London.

“We always play to win at the Lions, so losing was massively disappointing,” Gwavu said. “It was just one of those where we couldn’t get enough runs on the board.

“So it’s about time our batsmen stand up, take some responsibility and score some big runs. Everyone knows that we have some big names in our line-up, who are capable of scoring some big hundreds, so I’m looking forward to a decent pitch in Kimberley that will allow our batsmen to score some runs.

“I’ve seen the Knights score runs there and hopefully we can do the same. It will be tough, but I have full faith that our guys will be able to pull it off.”

Gwavu also rued what may have been this past week when they lost two of their premier fast bowlers, Beuran Hendricks and Wiaan Mulder, to injury in the final innings, admitting that “having even one could have swayed the game”.

Left-armer Hendricks has been ruled out of the clash in the Northern Cape, while all-rounder Mulder will learn his fate over the weekend.