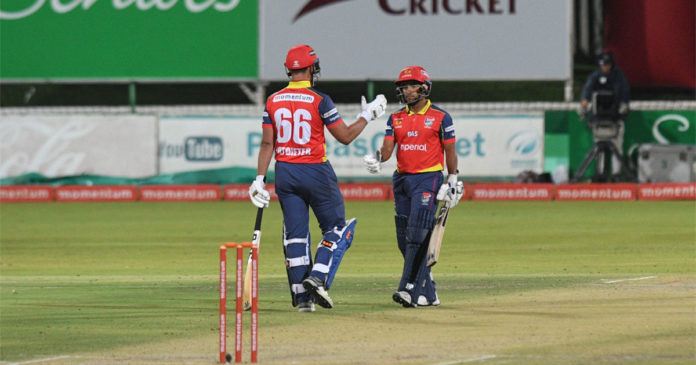 A tempered half-century by Dominic Hendricks proved key for the Imperial Lions as they claimed a confidence-boosting four-wicket Momentum One-Day Cup victory over log winners the Hollywoodbets Dolphins in Potchefstroom on Friday night.

The seasoned batsman was the anchor man for the hosts, scoring an impressive 66 (82 balls, 4 fours) to help his team chase down a 263 target with eight balls to spare.

There was also a career-best franchise return of four wickets from Aya Myoli earlier on as the Lions ended their three-match winless streak in the final match of the regular season ahead of next week’s semi-finals, which both these teams will host.

That was more or less decided before a ball had even been bowled in this round ten fixture.

The Dolphins, who handed debuts to Lifa Ntanzi and Andile Mogakane, had already secured top spot and, with it, home advantage in the last four as well as the final should they get there.

The home side, meanwhile, had been five points clear in second and needed the third-placed Warriors to win big and themselves to lose at Senwes Park to surrender their position.

But there were no such hiccups as they looked in control for most of the game.

The only instance where they did appear in a bit of trouble was when Dolphins openers Grant Roelofsen (71 off 75 balls, 8 fours, 2 sixes) and Sarel Erwee (58 off 65 balls, 6 fours, 2 sixes) burst out of the blocks to put on 124 for the opening wicket.

Marques Ackerman also managed 43, but Wandile Gwavu’s charges clawed their way back from there as Myoli ran riot with the middle order.

His four-for – which beat his three for 40 for the Dolphins against the World Sports Betting Cape Cobras at Cape Town in 2015/16 – left the away side in a fix, before late runs by Senuran Muthusamy (26) and Robbie Frylinck (28 not out) lifted their side to a fighting 262 for nine.

Bjorn Fortuin was also amongst the wickets with two for 50.

The chase did not go all the Lions’ way as they lost wickets regularly amongst some good starts. Openers Ryan Rickelton (28) and Reeza Hendricks (34) put on 49, before Dominic Hendricks arrived at the crease and his presence did bring with it a sense of calm.

Nicky van den Bergh (36), Lesego Senokwane (25) and Delano Potgieter (37 not out) all batted around him to help take the Lions to a good win.

Mogakane was the most successful bowler with two for 35.