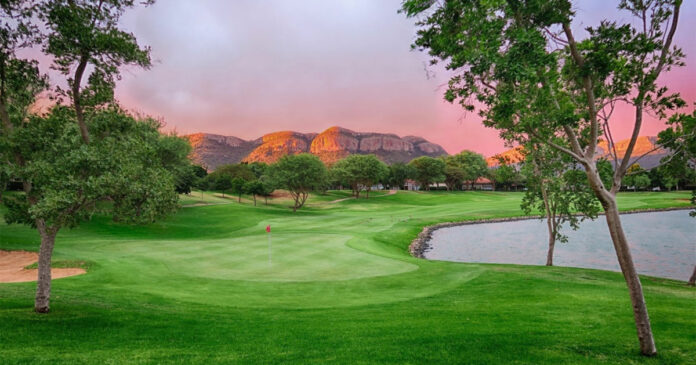 South African golf will have yet another major international tournament on its fairways when the Pecanwood Classic make its debut as a co-sanctioned tournament between the Sunshine Tour and European Tour at the Pecanwood Golf & Country Club from 10-13 March 2022.

The new tournament will feature a prize fund of $1.5 million and the field of 156 professionals will be split between Sunshine Tour and European Tour golfers competing at South Africa’s first Jack Nicklaus signature golf course.

“We’re delighted to welcome Pecanwood Golf & Country Club as the home of the new Pecanwood Classic on our Tour. As South Africa’s first Jack Nicklaus signature golf course, Pecanwood set a new benchmark for golf courses in South Africa when it opened, and we are extremely pleased to finally bring a major international Sunshine Tour and European Tour tournament to its fairways,” said Thomas Abt, Commissioner of the Sunshine Tour.

“The Pecanwood Classic will be played in an important window for us in March and gives us a very strong finish to our summer schedule while at the same time providing our Sunshine Tour professionals with yet another big opportunity to compete for a place on the European Tour.”

Since its official opening in 1996, the Pecanwood golf course has welcomed several amateur and professional tournaments to its fairways on the banks of the spectacular Hartbeespoort Dam and within an hour’s drive of both Pretoria and Johannesburg.

The Pecanwood Classic is a significant milestone in the golf course’s history and adds to the country’s already strong presence on the European Tour’s international schedule with a total of six South African tournaments now co-sanctioned by the Sunshine Tour and European Tour.

“We’re extremely excited to launch the Pecanwood Classic as an international tournament that will truly showcase the Pecanwood Estate’s status as one of South Africa’s first and still leading golf estates, offering a choice lifestyle in prestige and secure environment,” said Morné Botha, General Manager of the Pecanwood Estate Homeowners’ Association (HOA).

“We have no doubt that the backdrop of a world-class golf course, and a lifestyle estate offering everything from golf to boating will captivate the golfers and the international audience as much as it does our residents who call this magical piece of Africa their home.”