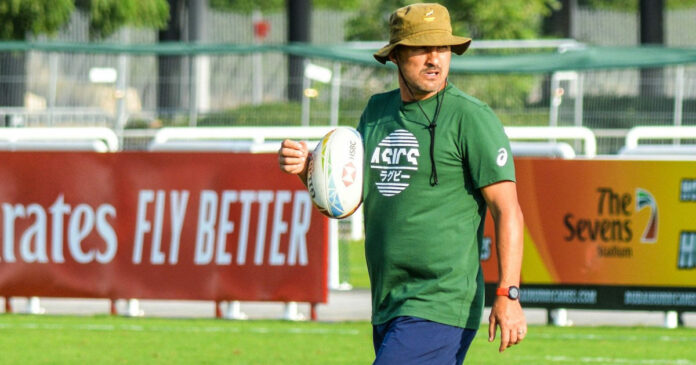 The Springbok Sevens’ mental and physical resolve will be severely tested this weekend in Dubai, where they are the top seeds for round two of the new HSBC World Rugby Sevens Series, according to Blitzboks coach Neil Powell.

Following last weekend’s splendid Emirates Dubai 7s triumph in the UAE, the South Africans are the top-ranked team in Pool A, which also consists of Japan, Ireland and Great Britain.

The experienced Powell reckons that the second tournament on the circuit is always a challenge for various reasons.

“You have to get that balance right by doing enough on the pitch and making sure you give the players enough time to recover – from a fitness and mental perspective – from last week’s tournament,” said Powell.

Coincidentally, all the teams are grouped in exactly the same pools as last week, something Powell reckons will be an interesting challenge.

“For me it’s always difficult to play the same opposition twice, because I believe they learn more from you in their defeat,” he explained.

Powell added that this weekend’s action will definitely push the Blitzboks’ fitness levels to the ultimate as they are set to be without the injured Muller du Plessis, while Ryan Oosthuizen will be given as much time as possible to prove his fitness.

“Because of the closure of international travel border, we cannot fly in any replacements,” he said.

“So, from that perspective we will have to box clever. I just hope we can stay injury free so that we’re able to spread the workload evenly over the two days.”

Meanwhile, the Blitzbok mentor added there are a few areas he has targeted for improvement: “I felt we didn’t do enough to protect the ball, while we can certainly increase the width of our defensive line.”

With the two tournaments just seven days apart, Powell said the aim would be to take last weekend’s Cup final momentum straight into play on the opening day: “We built up momentum last weekend as we went along, so I would like us to take that (momentum) forward from the first game on Friday.”

The Blitzboks open their Pool A fixtures on Friday morning against Japan (09h12), followed by matches against Ireland (13h04) and Great Britain (18h33).