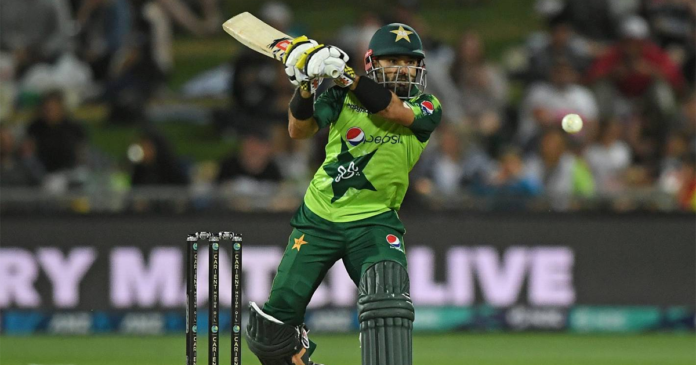 Mohammad Rizwan continued his excellent form against the Proteas by recording yet another half-century as Pakistan took a 1-0 lead in their four-match KFC T20 International Series with a four-wicket win in Johannesburg on Saturday.

The right-hander crafted an unbeaten 74 off 50 balls (9 fours, 2 sixes) to help the tourists chase down a testing 189-run target with one delivery to spare.

Stand-in captain Heinrich Klaasen and Aiden Markram had earlier struck half-centuries in a strong batting display by South Africa – the former striking an aggressive 50 off 28 balls (2 fours, 4 sixes) and the latter a slightly slower 51 off 32 balls (8 fours, 1 six).

Beuran Hendricks then grabbed three for 32 and Tabraiz Shamsi two for 29 to put the home side on the front foot during the chase, but destructive late hitting by Faheem Ashraf (30 off 14 balls) coupled by some sloppy fielding helped the visitors get over the line.

They now have the advantage in the series ahead of match two on Monday.

The Asian side, who also won the ODIs 2-1, again played smart cricket to get over the line, with Rizwan at the forefront. He now has a century, two half-centuries and a 42 from his last four innings against the Proteas.

Before that, however, it was the inexperienced home side that shone at the Imperial Wanderers Stadium.

Malan hit 24 upfront, but quickly fell followed by Lubbe (4). Markram and Klaasen then added 62 for the third wicket, before Pite van Biljon (24) continued the upward trajectory for the hosts.

Andile Phehlukwayo and Magala (both 9) added some late runs to set the Pakistanis a tough target.

Rizwan and the in-form Fakhar Zaman (27) then fired upfront, before Shamsi and Hendricks pegged back the visitors with some timely strikes that left them struggling on 132 for five in the 16th over.

But Faheem provided some critical boundaries to take Pakistan close, with Rizwan then taking them over the line.