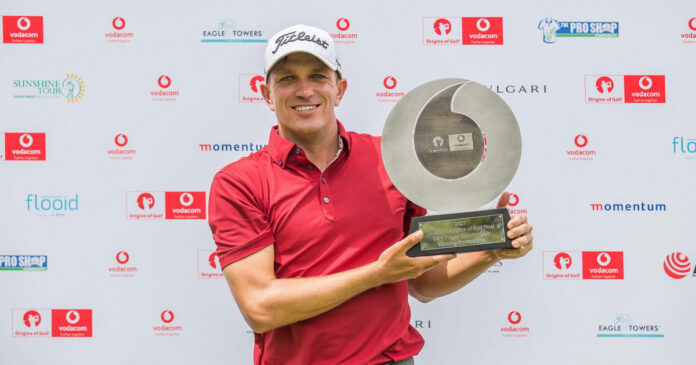 Martin Rohwer claimed his second Sunshine Tour title when he won the Vodacom Origins of Golf Final at the Gary Player Country Club on Sunday.

Rohwer led from start to finish and closed off with a 70 to win on 13 under par, two strokes clear of Tristen Strydom who came surging through the field with a final round of 64. Wilco Nienaber, Lucca Filippi and Germany’s Freddy Schott shared third place on eight under par.

The victory sees Rohwer join some of the biggest names in South African golf to have won on the Vodacom Origins of Golf Series, which celebrated its 100th tournament with this event. This is his first victory on the iconic series.

“Vodacom been a massive sponsor on the Sunshine Tour for so many years now, and to have a series of events like this every year since 2004 has been phenomenal for us as professionals,” said Rohwer.

With a four-shot lead going into the final round, Rohwer bogeyed the second and says he drew heavily on his strategy of focusing on every single shot to overcame that slip-up.

“My strategy helped even more today with the lead I had in terms of staying focused on each shot. “I bogeyed the second, but then to birdie the third was quite nice to settle me. It knew if I just played steady golf it would force the others to be aggressive. I definitely learnt a lot this week which I’ll take forward with me into the rest of the season. We’ve got a whole stretch of big events coming up now so to get off on the front like this is perfect.”

And a win on the legendary Gary Player Country Club is also a boost to his confidence.

“I’ve always loved the course and it’s one of the iconic courses in South Africa. I feel that if your game can hold up under pressure on the Gary Player Country Club course, then it can hold up anywhere.”

This week the Sunshine Tour travels to Irene Country Club in Pretoria for the R1-million Kit Kat Group Pro-Am. 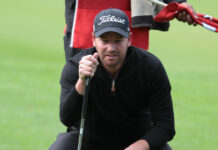