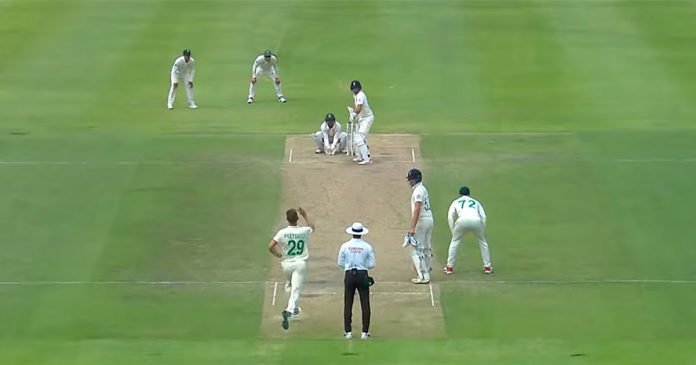 Dominic Sibley led the way with a career best innings and every chance of converting it into a maiden Test match century as England ground their way towards an invincible position on day three of the second Test match against the Standard Bank Proteas at Newlands on Sunday.

England closed the day on 218/4 for an overall lead of 264 runs with one of the four wickets being that of night watchman Dom Bess who departed for a pair in the match.

Sibley finished the day on 85 (222 balls, 13 fours), having shared stands of 73 for the second wicket with Joe Denly and 116 for the third with Joe Root (61 off 98 balls, 7 fours). This was a huge improvement on Sibley’s previous career best of 29 in the previous Test match at SuperSport Park.

What would have been even more important for the tourists was the fact that their top order put up by far their most convincing batting display for a long time, leaving Root with really only one issue being the timing of his declaration, assuming the Proteas don’t make a major breakthrough with the second new ball which becomes available almost immediately on the fourth morning.

There is plenty of time left in the match and the one thought at the back of Root’s mind will be whether the pitch has become flatter and easier for survival or whether England have just bowled better in the match than their South African counterparts.

It was a backfoot day for the Proteas who only managed to add 8 runs to their total for the last two wickets, both taken by Jimmy Anderson who took the 28th fifer of his international career to finish with 5/40 in 19 overs. It gave England an important lead of 46 runs.

Thereafter, attrition was the name of the game as the England batsmen attempted grind down the Protea attack that got little assistance out of the conditions to offer any encouragement.

It was another good day for the Sunfoil Education Trust (SET) that gained a further R151 000 from the boundaries and sixes hit and wickets taken by the two teams, bringing the cumulative total for the series to R411 000.