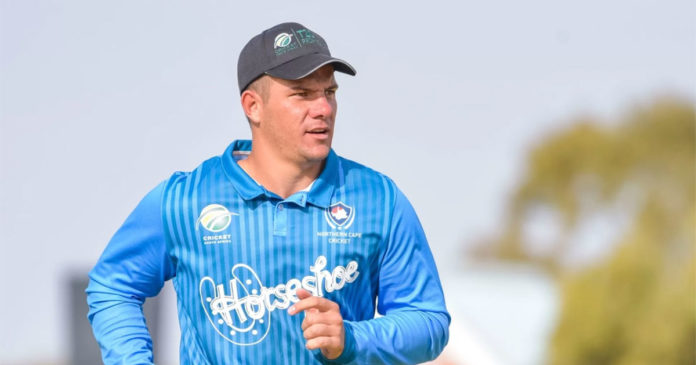 Jacques Snyman’s outstanding form for Northern Cape in the CSA Provincial One-Day competition that has seen his province take a commanding lead at the top of Pool B has earned him a call-up to the Jozi Stars for the remainder of MSL 2.0.

He takes the place of Gerald Coetzee who has been ruled out of the remainder of the tournament after suffering a hamstring injury.

Snyman’s selection by the Jozi Stars was approved yesterday by the League Advisory Council.

Northern Cape have won all four their matches to date and Snyman has proved himself to be both the leading batsman and the leading all-rounder in the one-day competition. He has scored 365 runs including two centuries and two half-centuries for an average of 182.5 with a strike rate in excess of 132. He is fifth on the bowling averages with 8 wickets at an average of 11.50 and an economy rate of 3.88. He also has the fastest century, scored against KwaZulu-Natal (64 balls).

He follows in the footsteps of Marco Marais, one of the heroes of the Nelson Mandela Bay Giants exciting win over the Cape Town Blitz on Wednesday night, in proving his worth at provincial level to earn an MSL contract.