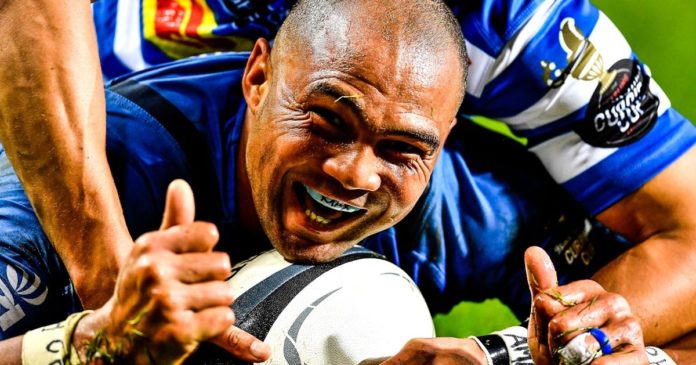 There is no place to hide in the Carling Currie Cup as the three visiting sides made life tough for their hosts this weekend, with the New Nation Pumas, Vodacom Bulls and Tafel Lager Griquas victorious.

The Sigma Lions, DHL Western Province and Cell C Sharks will want to move on from this weekend as quickly as possible though, as home wins are crucial when aiming for the playoffs.

In the Carling Currie Cup First Division, the Leopards and Down Touch Griffons sealed home ground advantage in the semi-finals, where they will be joined by the Valke – whose left wing Valentino Wellman scored four tries against Eastern Province this weekend – and Boland Kavaliers as the league phase came to an end.

The New Nation Pumas, Vodacom Bulls and Tafel Lager Griquas all collected full houses of five log points on the road this weekend.

While the defending champions from Pretoria surged to the top of the log with their big win in Cape Town, the Lowvelders and men from the Northern Cape ensured they remain in semi-final contention with victories in Johannesburg and Durban respectively.

For full match reports of this weekend’s action, click on the headings.

Determination trumped desperation as Tafel Lager Griquas claimed another big scalp when they defeated the Cell C Sharks 37-27 in a most unusual Carling Currie Cup clash at Jonsson Kings Park on Saturday afternoon.

Entering the encounter with wins over the Toyota Cheetahs, DHL Western Province and the Sigma Lions, the side from Kimberley added the Durbanites to their impressive list of victims.

And they did so in remarkable fashion as they overcame no less than five yellow cards – two back-to-back in the first half and three more in quick succession in the second stanza – to avenge their 30-16 first-round loss to the KwaZulu-Natalians back in June.

The Vodacom Bulls laid down a strong marker in the Carling Currie Cup when they beat DHL Western Province by 34-13 at DHL Newlands on Friday evening, to move to the top of the standings.

It wasn’t all plain sailing for the visitors though, as the Capetonians doggedly hung on and refused to hand the momentum to the Vodacom Bulls after losing their Springbok hooker, Scarra Ntubeni, to a red card shortly before the break.

The men from Pretoria’s defence was solid though as they conceded only one try – in the opening minute – while scoring four.

The New Nation Pumas scored a third win in the 2021 Carling Currie Cup, beating the Sigma Lions 36-33 in a highly entertaining match at Emirates Airline Park in Johannesburg on Friday.

Both sides scored five tries, but once the visitors sorted out their discipline, the away win was always on the cards.

The Lowvelders delivered a commanding second half performance after a very frustrating first half, which saw them trailing 21-10 and playing with 14 men twice in the opening 40.

Potchefstroom and Welkom will be the destinations for the Carling Currie Cup First Division semi-finals after the league phase of the competition came to an end on Saturday, with the Leopards and Down Touch Griffons taking the top two spots on the log.

The Boland Kavaliers will have to travel to Olën Park to face the Leopards, and the Valke are in action against the Northern Free Staters at Griffons Stadium next weekend.

All three northern teams will go into the playoffs with winning momentum, but the Bolanders face a tough ask against the table-topping Leopards after they were beaten by 44-14 in their final pool match, with Jaywinn Juries scoring 20 points for the Down Touch Griffons in this win.

Valentino Wellman was on fire for the Valke, dotting down four times in their 39-23 win over Eastern Province in Brakpan on Friday.

And in the third match this weekend, the Leopards underlined their class as they scored seven tries to two in a 56-13 romp over Border on Saturday, keeping the Bulldogs scoreless in the second half in the process.

The match information for the semi-finals will be confirmed in due course.