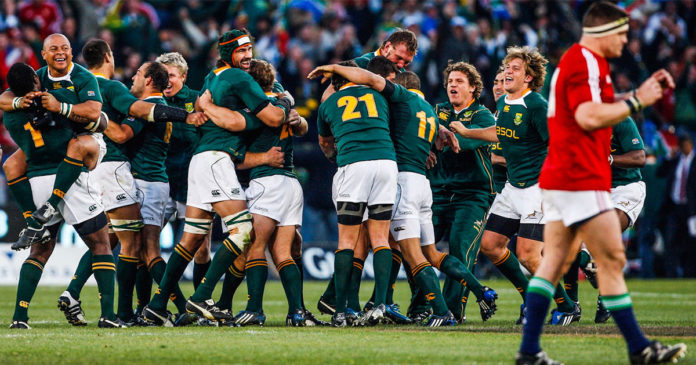 The ballot for tickets to matches of the 2021 British & Irish Lions tour of South Africa opened today (Wednesday, 2 September), with rugby supporters urged to pick the tickets they wish to purchase for next year’s eight-match tour in the coming fortnight.

The online ballot – a similar system to that which is used at other major global sporting events – offers rugby fans a unique opportunity to acquire tickets for what promises to be an exciting tour of the British & Irish Lions, who will face the Springboks in three Tests, as well as five other matches around South Africa.

The eight-match tour, which kicks off in Cape Town on 3 July 2021, stretches across six cities over five weeks. The ticket prices are set to make them attractive to South Africans, from as little as R100 for a mid-week ticket, while the cheapest Test Match ticket is priced at R500.

As from Wednesday, 2 September at 10h00, registrants will be able to login to www.lionstour2021.co.za and select tickets for all eight matches (to a maximum of eight tickets per match).

Those who have not yet registered can still do so at www.lionstour2021.co.za. Applications will close at 23h59 (SA time) on Wednesday 16 September 2020, with all successful applicants being notified on at the end of the month.

South Africa, as a territory, has the majority ticket allocation and South African residents will have access to an affordable ticket pricing tier structure.

“This is now the next step important step for supporters to apply online for their tickets,” said SA Rugby CEO Jurie Roux.

“More tickets will be available to home fans than to overseas fans – we want to meet them with an Army of Green to combat the Sea of Red.”

Roux emphasised that it was critical for South Africans to note that there was only one route to secure tickets – by entering the ballot on www.lionstour2021.co.za.

Tickets will not be available at match venues, through provincial unions or at the usual retails outlets and if anyone answered an online advertisement for Lions tickets, they were in danger of being defrauded, exploited and left ticketless.

“There is massive interest in the tour and we expect it to be hugely popular occasion, as witnessed by the many thousands of supporters who have already pre-registered for the online ticket ballot,” added Roux.

“We have had large-scale interest through www.lionstour2021.co.za and they will all receive an email with a link to the ticket site once the ballot opens.

“The ballot closes at midnight on 16 September 2020, after which we expect all the publicly available tickets to be allocated.”

The ticket ballot process is as follows:

Similarly, tickets can be accessed as part of a tour travel package by contacting SA Rugby Travel on info@sarugbytravel.com or 021 525 2515.