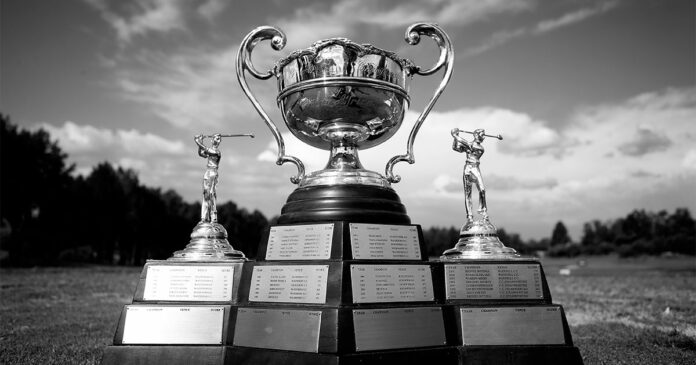 Jaco van Zyl heads into this week’s 86th PGA Championship as a member of an exclusive club of champions in South Africa’s second oldest professional golf tournament, having achieved what only Gary Player, Ernie Els, Harold Henning and Dale Hayes have managed to do.

Van Zyl is a three-time winner of the South African PGA Championship in 2009, 2013 and 2016. That puts him alongside Player, Els, Henning and Hayes as the only golfers to have their name on this famous trophy three or more times. Henning is in a class all his own with a record four victories.

It’s these memories and his place in South African golf history that Van Zyl takes with him to St Francis Links this week when the R1.2 million tournament tees off on Thursday, and which he’s hoping will inspire a resurgence in his game.

“This is the PGA Championship of the tour you’re a home member of. As a player that is very special and that’s why it holds such prestige,” says Van Zyl.

The South African PGA Championship dates back to 1923, making only the South African Open older in the country’s history books. In 1965, the championship was converted from a match play to a stroke play format for the first time and has been played as such ever since.

And when he won it for the first time in 2009, Van Zyl added to the remarkable history of this championship with a memorable finish. Tied for the lead and playing the par-five 18th at Country Club Johannesburg, Van Zyl hit his approach into the rose bed behind the green of the Woodmead course. And from there he chipped to 10 feet and made the putt for birdie and the win.

“I was very fortunate the first time I won it. It was one of the most memorable victories I’ve ever had. It happened so many years ago and yet it feels like it happened just yesterday. It’s those memories that make me very excited for this week and to hopefully be in the mix on Sunday,” says Van Zyl.

The memories will certainly carry him as he continues trying to rediscover his form after a wrist injury and then a spinal fusion.

“I’m still battling a lot of demons in my game. There are moments where there are signs that it’s coming back. But the last three years after my wrist and spinal fusion have been an uphill battle to get my game to where it was. Fortunately my body is all sorted out for now. There is no pain and I’ve got no injuries. So from that perspective it’s really nice to play again. It just depends on the week for me at the moment.”

Van Zyl says he’s expecting a tough challenge from a St Francis Links course that is hosting this championship for the first time.

“It was a little bit breezy in the pro-am, and this course is a proper challenge. You need to hit it straight and really get it out there a fair distance otherwise you’re going to be hitting three wood into some of the par fours. I’m expecting the greens to get quicker as well. This week is a proper test.”

But like Player and Els before him, Van Zyl has certainly shown he’s up to the test that a South African PGA Championship will bring.