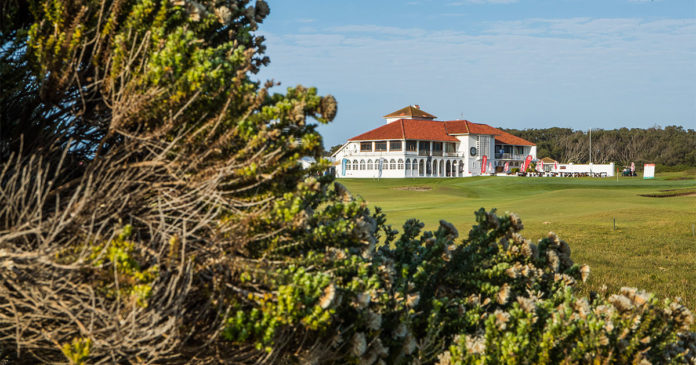 Gary Player always says there is no substitute for personal contact. It’s a formula that has also been the backbone of the highly successful Vodacom Origins of Golf Series for 17 years now, which has set a benchmark for sponsor interaction with the Sunshine Tour’s professionals.

And it’s a winning formula other Sunshine Tour sponsors are also buying into.

As the Vodacom Origins of Golf travels to the famous Humewood links this week for the fourth tournament on this year’s series, it does so with a new partner in Momentum Metropolitan. And Carel Bosman, the financial services company’s Head of Sponsorships and Events, has been delighted with how well their involvement is going.

“We only recently entered the Vodacom Origins of Golf fold and it really is the ideal sporting platform. We’re already starting to engage and build connectivity with so many people. The series is pretty unique in that you have amateurs playing with the professionals and it has been incredibly positive for us being involved from the start of the season.

“We’ve been sending different internal stakeholders from our various business units to play in the events, and it has been a very positive experience for us as a corporate. We will certainly be looking to do more as Vodacom and Sunshine Tour Commissioner Thomas Abt and the Sunshine Tour are putting together some stunning properties. The Vodacom Origins of Golf Series has been going for so long, since 2004, and we feel privileged to be involved.”

Momentum’s investment in cricket, especially the women’s game, has been one of the success stories of the South African sports industry space, and Bosman had nothing but praise for Vodacom’s tremendous achievements with the Vodacom Origins of Golf Series.

“The Vodacom Origins of Golf Series has been a success for so long that you simply have to acknowledge what Vodacom have done. It’s been wonderful to meet their team at a regional level and sport really needs sponsors to do these sorts of things. Vodacom have obviously seen value in their strategy to stay involved for so long. What they have done has been incredible and hats off to them, long may it continue,” Bosman said.