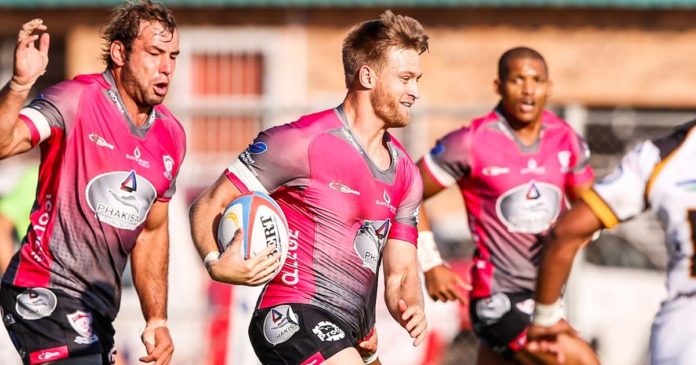 Fierce franchise rivalry resumes on Friday evening when Vodacom Super Rugby Unlocked kicks off with the Cell C Sharks hosting the Emirates Lions in an exciting opening round encounter to re-start the local rugby season interrupted by the COVID-19 pandemic.

The exciting encounter in Durban is one of three first-round matches scheduled for this weekend – all of which will be televised live on SuperSport. No spectators will be allowed at any of the matches due to COVID-19 regulations.

In the first of two matches taking place on Saturday, the Toyota Cheetahs launch their campaign with a home fixture in Bloemfontein against the Phakisa Pumas, and that is followed by the evening clash in Pretoria between the Vodacom Bulls and Tafel Lager Griquas.

The DHL Stormers, who start the competition with a bye this weekend, have named a strong 47-man squad for the rest of the season.

Winner
The Vodacom Super Rugby Unlocked champion will be the team with the most log points at the end of the competition (a single round of seven matches per team) concluding on 21 November 2020.

Log position
In the event of two or more teams being equal on log points for any position on the standings, either during or at the end of the season, such position will be decided upon using the following steps until the tie is broken:

New acquisitions Manie Libbok and Werner Kok were named in the Cell C Sharks’ starting team for the opening encounter of Vodacom Super Rugby Unlocked, when the Durbanites host the Emirates Lions at Jonsson Kings Park on Friday evening. Kick-off in Durban is scheduled for 19h00.

Libbok recently joined the Cell C Sharks from the Vodacom Bulls and will run out at fullback, while Kok, a former Blitzbok stalwart, will start at left wing. Cell C Sharks coach Sean Everitt selected 13 players who featured in last Saturday’s Castle Lager Springbok Showdown between the Green and Gold squads, including the entire front row.

Jaco Visagie, Rabz Maxwane, Burger Odendaal and EW Viljoen are all set to make their first appearances for the Emirates Lions’ visit to Durban.

Odendaal (centre) and Visagie (hooker) are former Vodacom Bulls players who made the switch across the Jukskei River from Pretoria to Johannesburg during the lockdown, while the versatile Viljoen, who can operate with equal efficiency in midfield, previously played for the DHL Stormers.

Maxwane (wing) also relocated to Johannesburg recently after making a name for himself as a try-scoring machine for the Toyota Cheetahs in the Guinness PRO14.

Frans Steyn, one of only two South Africans to have lifted the Webb Ellis Cup twice in their careers, will make his debut for the Toyota Cheetahs on Saturday when they host the Phakisa Puma in the opening round in Bloemfontein. Kick-off in the Toyota Stadium is at 16h30.

Steyn, the youngest member of the RWC squad in 2007 and one of the experienced members of the squad in Japan last year, recently returned to Bloemfontein, where he matriculated, from a stint at Montpellier in France.

The Toyota Cheetahs will be led by another 2007 RWC winner, Ruan Pienaar while former Blitzbok hotstepper, Rosko Specman, is also back in Bloemfontein following a stint in Pretoria.

Phakisa Pumas coach Jimmy Stonehouse named a squad featuring a few experienced campaigners and a number of new faces for the match in the Free State capital.

Willie Engelbrecht (No 8), Devon Williams (fullback) and Ryan Nell (centre), who will captain the side, are some of the more experienced players in the starting team, while another veteran, Ruwellyn Isbell, is on the bench.

Experienced loose forward Arno Botha will lead a Vodacom Bulls team jam-packed with Springboks, Blitzboks and Junior Springbok talent against Tafel Lager Griquas at Loftus Versfeld on Saturday, where the match kicks off at 19h00.

Botha, who has returned to Pretoria after stints in England and Ireland, takes over from regular skipper Duane Vermeulen, who picked a slight knee niggle last weekend and is been rested as a precaution.

Meanwhile, the experienced George Whitehead will lead Tafel Lager Griquas’ charge they travel to Pretoria to face the Vodacom Bulls. The team from the Northern Cape have named three co-captains for the season in Whitehead, who will take the lead when he plays, as well as Zandre Jordaan and Monde Hadebe.

The last time the men from Kimberley travelled to Pretoria was in the 2019 Currie Cup, when they upset the hosts at Loftus Versfeld by 37-15, and Mathie will no doubt be very happy if Tafel Lager Griquas can repeat that feat on Saturday.