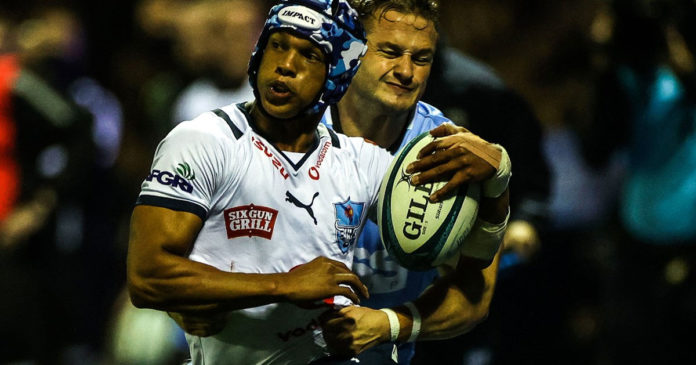 Finishing their inaugural Vodacom United Rugby Championship tours on a winning note will be the sole aim of the four South African franchises in action in this cross-hemisphere competition this weekend, when they take the field in Belfast, Newport, Edinburgh and Cardiff.

It’s been a steep learning curve for the Emirates Lions, Cell C Sharks, Vodacom Bulls and DHL Stormers in Europe in the last three weeks, but after last weekend’s marked improvements, they will be keen to return to South Africa with their tails up.

The Emirates Lions have arguably the toughest assignment of the weekend when they face second-placed Ulster in Belfast on Friday night (kick-off 20h35).

The Northern Irishmen – who recently announced the signing of Springbok No 8 Duane Vermeulen – have so far accumulated a full-house of 15 points from their three games and have scored 15 tries, second only to Leinster’s 17.

Ulster – one of only three unbeaten sides in the competition so far – also pride themselves on their set piece play, and have a 93% success rate at scrums, something they will test the Joburgers’ impressive scrum with this weekend.

The DHL Stormers’ match against Dragons in Newport kicks off at the same time on Friday night. After losing their first two encounters, the Welsh club scored a brilliant victory over Connacht in Ireland last weekend – their first in Galway since 2004 – and will go into the match at Rodney Parade on a high.

John Dobson, the Capetonians’ head coach, realises it will be a tough ask in Wales, but after a great fightback to draw with Edinburgh last weekend, the DHL Stormers will also take some momentum into the match.

“If we get five points against the Dragons, then we take eight points from the tour, which is the equivalent of two wins which has been our goal,” said Dobson.

“It is easy to judge on the emotion of results, but we were reasonably good against Benetton in a game we threw away and for a lot of the game against Munster we were almost sublime. For our first tour year and not at full strength, I think we are representing the franchise reasonably well.

“It was not great to give away those leads against Benetton and Munster, but other than some periods in the second half against Munster we haven’t looked outplayed on this tour.”

For the 36-year-old Brok Harris, it would be a homecoming of sorts, as the experienced prop represented the Dragons in close to 150 matches before returning to Cape Town from Wales recently on a short-term deal.

Marcell Coetzee and his Vodacom Bulls team are eager to build on their brilliant second-half performance against Cardiff last weekend, where they went from 3-16 down at the break to win 29-19.

“We just want a successful end for the tour,” said Coetzee.

“This after having come into a whole new tournament and not knowing what to expect. We are still quite a young group, but we are growing by the day.

“Hopefully things are right on track now and we must make sure that we don’t take a step backwards this weekend. Our performance on Saturday will say a lot about how we have grown as a group and how strong our culture is.”

Edinburgh head coach Mike Blair, who played 85 Tests for Scotland, knows what to expect of their opponents on Saturday and said: “The Bulls like to get their hands on the ball and they’re also good on the ground, but they gave a lot of penalties away at the breakdown against Cardiff, so that’s an area that we’d be looking to target as well.”

The final match of the weekend is on Saturday night at 20h35, when the Cell C Sharks will be looking to build on their impressive victory from last weekend and inflict another defeat on Cardiff in the Welsh capital.

After starting the season with a first-round victory over Connacht, Cardiff have lost their last two and will want to avoid a third consecutive defeat for the first time since last November.

In other notable news, South African referee Aimee Barrett-Theron will take make her Vodacom United Rugby Championship debut as she becomes the third female referee to appear in the competition.

The former dual international player – Barrett-Theron played Test and sevens rugby for South Africa – has been appointed to the clash between Benetton and Ospreys in Treviso, Italy on Saturday afternoon.

The 18-round regular season in the Vodacom United Rugby Championship will see one league table to rank the teams who will reach the knock-out stages.

Final Series / Play-Offs: One league table will be used to rank teams and after 18 rounds the top eight sides will qualify for the Play-Offs. Teams will be seeded from 1 to 8 and will receive home advantage according to their seeding.

A full round of quarterfinals and semi-finals will take place to produce two teams who will qualify for the Grand Final.