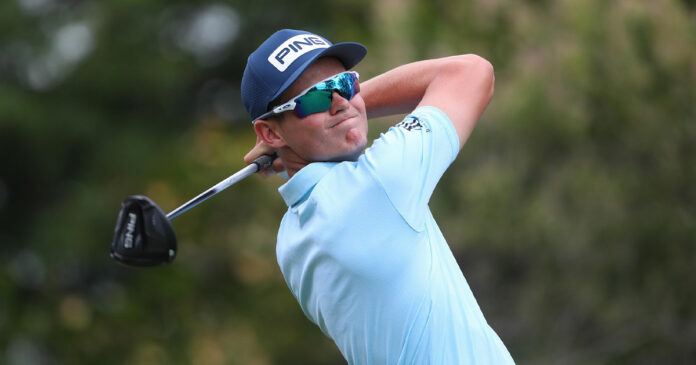 South Africa’s big-hitting Wilco Nienaber heads back to Leopard Creek this December as a vastly more experienced professional and determined to use this to push for a maiden European Tour victory in the Alfred Dunhill Championship.

The 21-year-old had a strong summer in South Africa last year when he finished 12th in the Alfred Dunhill Championship, second in the Joburg Open and 11th in the South African Open. He returns armed with the experience and confidence of a maiden professional title in May’s Dimension Data Pro-Am – co-sanctioned with the Sunshine Tour and Challenge Tour – playing in and making the cut in his first Major at the US Open, and making his PGA Tour debut and making the cut in all three of those tournaments.

“This year has really strengthened my belief in trusting the process. So I’ll approach this summer in South Africa with a lot more patience in my game, and perhaps with a better understanding of how to handle certain situations. And also, knowing the courses now, I’ll play them differently and more to my strengths,” said Nienaber.

A win at Leopard Creek would be particularly special for Nienaber, who has never forgotten his roots in the game and the role being part of the GolfRSA National Elite Squad, which had many of its training camps and international tournaments at Leopard Creek, has played in his career.

“My goal is to play in the Majors and in the biggest tournaments in the world. I’ve always said that. The opportunities I was given as a member of the GolfRSA squad at the start of my career has been incredible. It’s all played a role in making me a better golfer and I’m extremely grateful for that.”