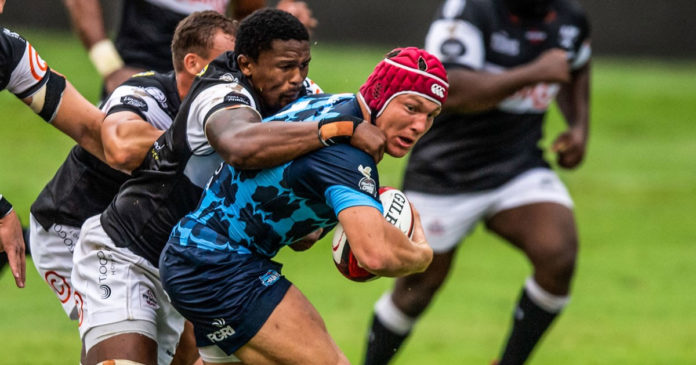 Every inch will count when the Vodacom Bulls and Cell C Sharks cross paths in the Carling Currie Cup final in Pretoria on Saturday in what promises to be an epic battle.

Both teams will enter the match – which will be broadcast live on SuperSport at 15h00 – highly motivated and confident in their abilities after powering their way into the final, but also because of their track records.

The Vodacom Bulls will have their sights set on a fairytale season finale at their fortress, Loftus Versfeld, as a win would not only see them lift the Carling Currie Cup for the first time since 2009, it would also complete a full house of wins at their home ground this season.

The men from Pretoria will also be looking to achieve a memorable double after clinching the Vodacom Super Rugby Unlocked title in November.

Jake White’s charges, however, will be wary of the Cell C Sharks’ impressive Carling Currie Cup record against them, which currently stands at seven victories in a row.

Such has been the Durbanites’ dominance over their Pretoria rivals in the competition, the Vodacom Bulls have registered only one victory against them since 2012.

The KwaZulu-Natalians won the last match between the sides by 32-29 in Durban last month, but the Vodacom Bulls made easy work of their last match-up at Loftus Versfeld during the Vodacom Super Rugby Unlocked competition, registering a comprehensive 41-14 victory.

All of this, however, will be insignificant when the sides take the field, as Saturday’s result will be all that counts.

White made only one change to the Vodacom Bulls’ starting team that beat the Xerox Lions in the semi-final last weekend, with Johan Grobbelaar starting at hooker, while Schalk Erasmus will provide cover on the bench.

Duane Vermeulen will again lead the team from the back of the scrum, alongside his fellow Springbok loose forward Marco van Staden, and the exciting Elrigh Louw.

Two more Springboks, Trevor Nyakane and Lizo Gqoboka, will pack down on either side of Grobbelaar, while the backline features three Boks, the experienced Morné Steyn (flyhalf), Ivan van Zyl (scrumhalf) and Cornal Hendricks (centre).

“We have secured a place in the final but we still have 80 minutes to play,” said White.

“There are no second chances in playoff rugby and our opponents are just as eager to lift this coveted trophy. Our job is to prevent this from happening and ensuring that the Carling Currie Cup returns to Loftus Versfeld.”

Former Junior Springbok star scrumhalf Jaden Hendrikse will start in a settled Cell C Sharks team in the only change to Sean Everitt’s starting side.

Everitt named the same 23-man squad that defeated DHL Western Province 19-9 in the semi-final, with a rotational switch at scrumhalf, where Hendrikse moves up from the bench in place of Sanele Nohamba – who in turn, is named among the replacements – being the only change.

Notshe relished the opportunity to play in the final and said: “We’re thrilled to have secured a place in the final but we accept that we have a massive assignment at Loftus on Saturday afternoon.

“But it’s an assignment we’re really excited about, especially as not a lot of players in our squad have been in finals, so this is a very special occasion,” he added.