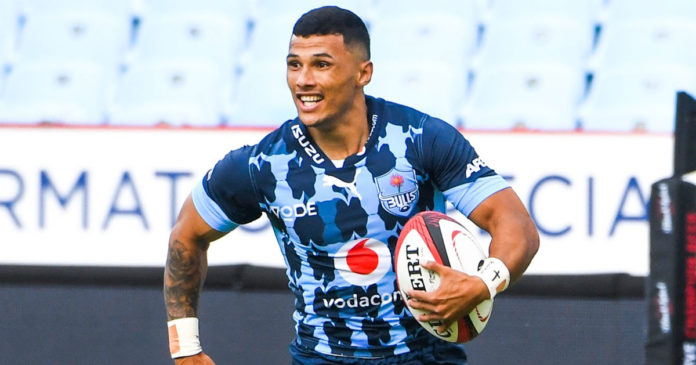 The Carling Currie Cup moves past the halfway mark this weekend and the fourth round will be sure to deliver loads of action as the teams prepare for a thrilling home stretch with their eyes firmly on semi-final spots.

The Vodacom Bulls – whose match against Tafel Lager Griquas in Kimberley on Saturday was cancelled due to players and management from the North Gautengers testing positive for COVID-19 – hold a narrow lead at the top of the log, while only three points separate the second-placed Cell C Sharks and the Xerox Lions in fourth place.

The Toyota Cheetahs – with a game in hand – are also ready to pounce further down on the standings, while the Phakisa Pumas are hanging on by a thread with a mathematical chance of possibly advancing to the semi-finals.

With the clash in Kimberly cancelled, round four will feature only two matches, which will be broadcast live on SuperSport.

The Phakisa Pumas take on the Toyota Cheetahs in Nelspruit on Friday night, and on Saturday the Xerox Lions welcome the Cell C Sharks to Johannesburg. DHL Western Province have a bye.

Do or die for Phakisa Pumas in Nelspruit

Defending Carling Currie Cup champions, the Toyota Cheetahs, will hunt their first victory in the competition this season when they line up against a Phakisa Pumas outfit fighting for survival at the Mbombela Stadium on Friday evening.

A victory for the Free Staters would not only reinforce their dominance against the men from Mpumalanga in the competition after suffering only one defeat against them since 2015, it would also allow them to close the gap on the top four.

The Phakisa Pumas, meanwhile, will enter the match knowing they need to win – and preferably with a bonus point – or their playoff aspirations will take a possible killer blow.

Phakisa Pumas coach Jimmy Stonehouse tweaked his team, naming the fleet-footed Devon Williams at flyhalf and Etienne Taljaard on the right wing, which sees Luther Obi move to No 11. The only change in the pack of forwards is at blindside flanker, where Phumzile Maqondwana takes over from Darrien Landsberg.

Howard Mnisi will join forces with Dries Swanepoel, who earns his first start, in the midfield, while Duncan Saal will make his Carling Currie Cup debut for the Toyota Cheetahs on the wing in a duo with William Small-Smith.

Upfront, Marnus van der Merwe has been promoted from the bench and will start at hooker while Carl Wegner and Reniel Hugo have been named at lock.

The Xerox Lions will have their sights set on ending a three-year Carling Currie Cup losing run against the Cell C Sharks when they cross paths in Johannesburg on Saturday.

Both teams have a lot to play for as the Durbanites’ will be determined to remain in second place on the table to stay within range of possibly leapfrogging log leaders, the Vodacom Bulls, in the next few weeks, while the men from Johannesburg could hop into second place if they register a win.

Fueling the Xerox Lions’ motivation, they will want to avenge their heartbreaking three-point defeat against the KwaZulu-Natalians earlier this season and change their Carling Currie Cup fortunes against the visitors.

Xerox Lions coach Ivan van Rooyen named an unchanged starting team for the spectacle, however, Sti Sithole (prop) and Vincent Tshituka (flanker) both had injury scares this week and will have to pass late fitness tests to prove their readiness to take the field.

Should they be ruled out, Dylan Smith and Wilhelm van der Sluys will move into the starting line-up respectively.

Cell C Sharks coach Sean Everitt made four changes to his tight five with Ox Nche – who is the only player to retain his place – packing down next to Kerron van Vuuren (hooker), with Michael Kumbirai anchoring the scrum on the tighthead side.

“The Lions match this weekend is going to be tough – we expect them to be hungry and I think it’s going to be a really good game,” said Kumbirai.

“The Lions have a really good scrum, their set-piece has been a strength of theirs and that’s going to be a great battle on Saturday.”