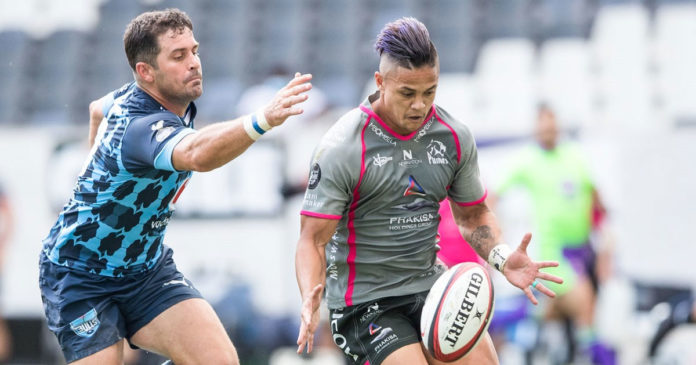 The Phakisa Pumas defeated a youthful Vodacom Bulls 44-14 in their final round Carling Currie Cup fixture at the Mbombela Stadium in Nelspruit on Sunday to finish their season on a positive note, while Frans Steyn delivered another masterclass kicking performance in Kimberley on Saturday to steer the Toyota Cheetahs to a hard-fought 22-18 win over Tafel Lager Griquas.

The clash between DHL Western Province and the Cell C Sharks, which was scheduled to take place at DHL Newlands in Cape Town on Saturday, was cancelled in line with COVID-19 protocols. As a result, the encounter was declared a draw and the teams each received two log points.

Following completion of the round-robin phase, the Vodacom Bulls finished top of the standings on 39 points with DHL Western Province in second spot on 37, followed by the Cell C Sharks (35) and Xerox Lions (34).

Saturday’s victory moved the Toyota Cheetahs’ tally to 31 points, while the Phakisa Pumas increased their total to 17 for the season. The winless Tafel Lager Griquas completed the campaign in seventh position.

The Carling Currie Cup final has been moved to Saturday, 30 January, with the two semi-finals scheduled for the previous weekend – when the Vodacom Bulls will host the Xerox Lions in Pretoria, and DHL Western Province taking on the Cell C Sharks in Cape Town – with both matches on Saturday, 23 January.

The Phakisa Pumas defeated log leaders the Vodacom Bulls 44-14 at the Mbombela Stadium in Nelspruit to finish their Carling Currie Cup on a high note on Sunday afternoon.

The Lowvelders outscored the Pretoria outfit by six tries to two in the Mbombela Stadium for their third win of the Covid-19 disrupted season.

Their first half effort was exceptional as the home side proved their experienced by outscoring the visitors five tries to one for a 34-7 halftime lead.

Despite the home side sealing a bonus-point win, the result made no difference to the final standings as the Vodacom Bulls remain top and the Phakisa Pumas finished sixth.

The Toyota Cheetahs withstood a spirited late onslaught from Tafel Lager Griquas to win their last Carling Currie Cup fixture of the campaign 22-18 in Kimberley on Saturday afternoon.

Hawies Fourie’s team led 10-6 at halftime, and not for the first time this season, they had to thank the booming boot of experienced Springbok midfielder Frans Steyn for steering them home.

The big inside centre succeeded with five penalties and a conversion for another flawless kicking display and a personal tally of 17 points.

The win means the team from Bloemfontein finish the season with a total of six wins from 12 games and a final tally of 31 log points.

However, the men from Kimberley finished the season winless from 12 starts, a number of those defeats by the tightest of margins.