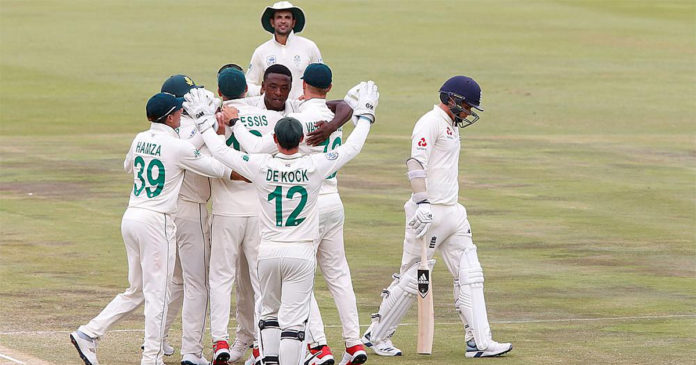 Cricket South Africa (CSA) is pleased to confirm that the Standard Bank Proteas Test squad will go unchanged ahead of the remaining two of the four-match series against England. The third fixture takes place next week Thursday, 16 January at St. George’s Park in Port Elizabeth, followed by the final match at the Imperial Wanderers from 24 January.

The series is evenly poised at one-all after the visitors won the New Year’s Test match by 189 runs at Newlands earlier this week. The result followed South Africa’s series-opening victory by 107 runs in the Boxing Day Test at SuperSport Park.

The starting XI from the Newlands Test, along with Dane Paterson will travel to Port Elizabeth, while the rest of the players will remain with their franchise teams to play in the CSA Domestic Four-Day series. The selection panel are placing an emphasis on the importance of game time for non-starting players and prefer that they are available to their teams to help boost the competition. They will join the national team if and when required.

Independent Selector, Linda Zondi will be available for interviews all afternoon on +27718687510.