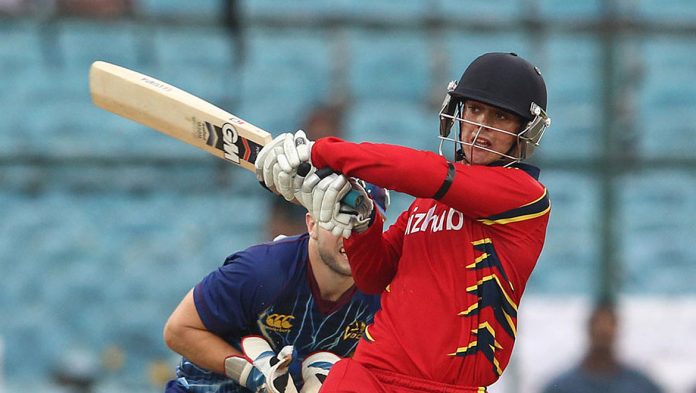 The bizhub Highveld Lions and Multiply Titans meet in the Jukskei derby with a potential Sunfoil Series halfway mark lead up for grabs from the clash at Senwes Park in Potchefstroom starting on Thursday.

The first four rounds of the competition have flown past, with the latest outing being the last before a two-month break.

Both the Lions and Titans are amongst a four-team log-jam at the top after winning two out of their four matches to date – the same record as the VKB Knights and Hollywoodbets Dolphins.

Geoffrey Toyana’s home side are the last of the four and keen as ever to get a win against the log-leaders that could vault them to the summit. “It’s a game we always look forward to, the derby,” the Lions coach said. “We’re well prepared after a good outing against the Warriors this past week.

“It’s the last one of the four-day games, before moving to T20 cricket, so we want to end this first portion of the season well.”

The Johannesburg-based franchise beat the Warriors by 148 runs last weekend, but it was not as easy a game as the winning margin suggested.

Toyana admits there was still plenty of room for improvement as they head back to a ground that resulted in their only defeat this term. “You’re always looking to improve and the one area I feel we can get better is out batting,” he explained. “I really thought we should have got more in that last game. We were under pressure in that first innings at 80/4 and Dwaine (Pretorius) and Nicky (van den Bergh) really played well. But apart from that I think we’re in a good space.”

Star all-rounder Wiaan Mulder is ruled out this week as he shifts focus to his matric examinations. The South Africa Under-19 captain has been a revelation for the Lions in his maiden first-class season, taking 18 wickets and scoring 185 runs, including one century.

“He’s been key for us this season and will be missed,” Toyana added. “But it’s an opportunity for someone else to come in and put up their hand.”

For counterpart Mark Boucher, who played all of his domestic career in the Cape, it is a first competitive taste of the derby since his appointment as Titans coach in the off- season.

“It really is a massive game, even though I haven’t ever been a part of it,” he said. “The way the guys are talking about it and the way they’re getting themselves all worked up for the game, it’s exciting to see.

“It’s obviously a big derby game and that’s nice. I don’t think any side will just calmly go into the game as another ordinary game of cricket. Both will want to win and that’s fantastic.”

The reigning champions are also on a role after winning back-to-back games following their run of two straight losses that saw them start the campaign poorly.

“As quickly as we turned it around, we realise that it can also go as quickly the other way as well,” Boucher explained. “We need to focus on what we’re doing right and keep on trying to improve on those things.

“So our feet are firmly on the ground, we’ve had chats about complacency.”

Boucher did not give too much away in terms of team selection, but suggested there could be changes due to “a few niggles” in the squad.

“I feel comfortable even if we have to make changes, I think we have all areas covered and we’ll decide once we assess conditions there.”