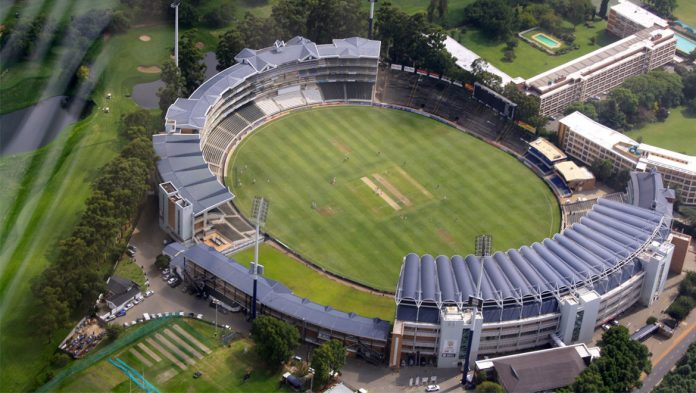 bizhub Highveld Lions coach Geoffrey Toyana is hoping a return to their favourite ground will make the difference ahead of their Sunfoil Series clash against the Warriors starting at the Bidvest Wanderers Stadium on Thursday.

The hosts, who have won their only match there this season and have traditionally done well in Johannesburg, have lost and drawn their other two matches so far this season.

Their opponents from the Eastern Cape have the same win-loss-draw record from the three rounds already completed, but the Lions know they are a dangerous team. “We’re playing at our favourite ground and it should be a good one,” Toyana said. “The Warriors are playing some good cricket and they’ve been improving each week.

“They have Colin Ackermann who’s in good form and they also have someone like Simon Harmer, who is a key part of their team.

“We know all about them because of the way they easily beat us at the end of last season, so know we can’t take them lightly. But we’re confident of a good result.”

Toyana had raised concerns over their poor batting prior to the last game against the VKB Knights when their highest score in four outings was 160, but he was far happier after the Kimberley draw following scores of 483 and 310/9.

“I’m pleased with the way we batted, so things are looking a bit better now,” he added. “The bowling has really been our strength so far and I hope the guys can keep going in that regard.”

Yaseen Valli and Aaron Phangiso have been added to their squad and are in contention.

The Warriors will be looking to their reserves after Basheer Walters misses the game due to paternity leave. Another player ruled out is Somila Seyibokwe due to a family bereavement.

Coach Malibongwe Maketa acknowledged that the Lions will offer a stern test of their credentials, but felt they were ready to face them after their drawn batting fest with the BuildNat Cape Cobras.

“It will be a big challenge against a Lions team that loves playing at the Wanderers, but we’re looking forward to it,” he said.

“We’re not over the moon with the way we started the season, but we’ve seen strong improvements and we’re getting better as a team.

“There’s obviously things we need to improve on, but in general we’re going in the right direction in terms of four-day cricket.”