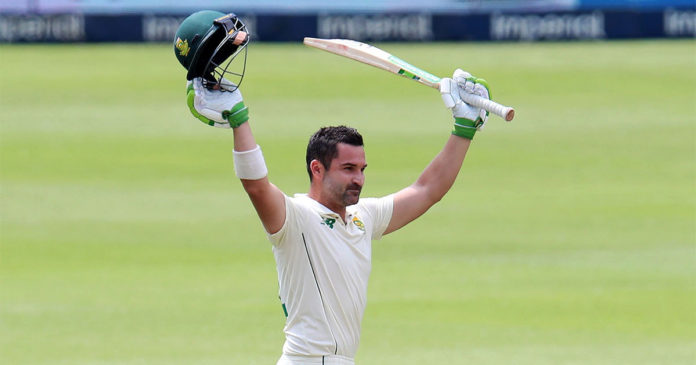 Dean Elgar completed his 13th career century before Sri Lanka hit back on day two of the second Betway Test against the Proteas at the Imperial Wanderers Stadium in Johannesburg on Monday.

The experienced opener, unbeaten on 92 after the opening day on Sunday, went on to score 127 (163 balls, 22 fours) before his team stuttered and stumbled their way to 302 all out – an innings lead of 145.

Opposition captain Dimuth Karunaratne’s unbeaten 91 off 116 balls (17 fours) then helped head a much better Sri Lankan response that saw them go to the close on 150 for four.

That gave the tourists a lead of five at the end of the second day, a far more promising position than they may have foreseen 24 hours earlier when the South Africans closed day one on a commanding 148 for one having dismissed the visitors for 157 first time around.

But after good initial progress by Elgar and Rassie van der Dussen (67 off 127 balls, 12 fours), they lost their way badly by losing their last nine wickets for a poor 84.

The overnight pair extended their second wicket partnership to 184, before both finally fell with the score on 218, the latter completing his fourth career half-century during his innings.

Debutant Vishwa Fernando was the chief destroyer as he bagged a five-for, ending with figures of five for 101, with the host bowled out in 75.4 overs.

South Africa’s spearhead Lungi Ngidi, who bounced back from his first innings blank with three for 26, then landed an early blow to the islanders when he cleaned up Kusal Perera for one to leave the Sri Lankans on one for one early on.

But skipper Karunaratne and Lahiru Thirimanne (31) knuckled down during a partnership of 85 for the second wicket to get the innings back on track.

Ngidi, however, set them back badly with two wickets in two balls and Anrich Nortje (1/41) struck 17 runs later to suddenly leave the tourists in a big hole at 109 for four.

The captain then found another partner willing to fight in the form of Niroshan Dickwella (18) as they closed out the day with their side in the lead.