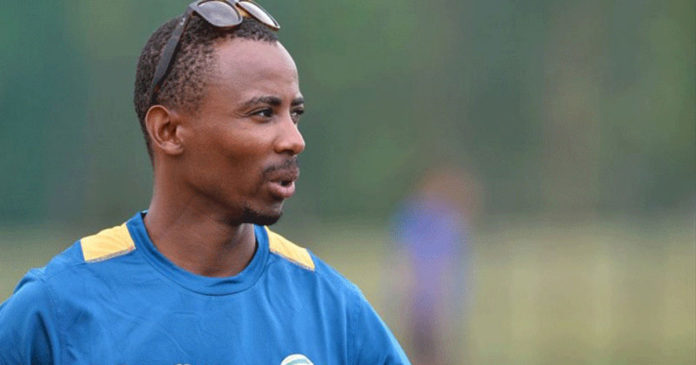 The Bidvest Wanderers Stadium-based outfit won the tournament last year and will be bidding to defend their title when the 2019 edition gets underway in mid-November.

Enoch Nkwe was the man at the reins last season, but he won’t be around this year after being promoted to the national team.

He has been replaced by Jamaican Donovan Miller, with Gwavu to continue as the number two for the champions.

“I think it’s always going to be difficult staying at the top,” the assistant coach said. “Getting to the top for me is always the easy part, but of course now there’s going to be a lot of challengers to our crown.

“Staying at the top will be tough, but we’re up for the challenge and we’re confident of doing well again this year.”

The Stars, like all the other five teams that will compete in the month-long spectacle, recently learnt who their playing personnel will be for the competition after the Player Draft was held in Soweto at the start of September.

Last year’s winners retained the maximum of six players prior to the event and in the end secured 11 out of the same 16 players that did duty for them last year. The new faces this time around will be Temba Bavuma, Aaron Phangiso, Lizaad Williams, Eathan Bosch and the Wildcard Pick, Dane Paterson, who was confirmed last week.

“I think we got most of the guys that we were looking for and that makes for a relatively balanced side,” Gwavu explained. “I would love to think that we did a little bit better than last season at the draft.

“But everybody knows that what you have on paper and how you end up playing on the field is totally two different things. I do think we have the players that can do the job and we’re going to back them all the way.

Discussing their draft strategy, the Stars assistant added: “It was a pretty simple plan really. I think when you win a competition with certain players you want to try and retain them, which is exactly what we did, and we tried our best to get most of the released ones as well.

“We’ve done that as the squad lists will reveal.”

Stars and Blitz will launch the second edition of MSL 2.0 at the Wanderers on Friday, 8 November 2019. Play will start at 17h30.