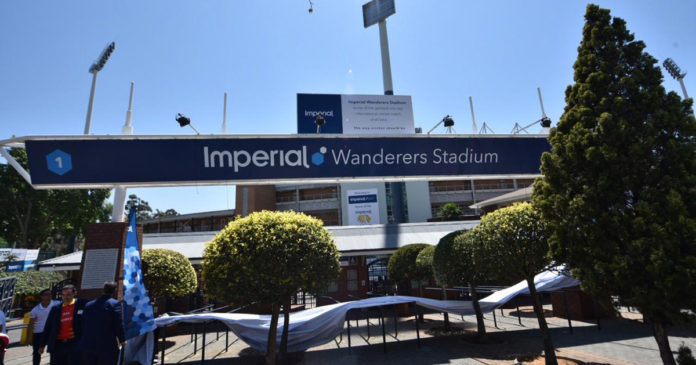 Imperial Logistics (‘Imperial’ or ‘the group’), a leading international supply chain and logistics player, is pleased to announce that it has secured the naming rights to the Wanderers Stadium in Johannesburg for the next five years, with immediate effect. This significant partnership between Imperial and Gauteng Cricket reinforces the group’s commitment to sport development as a leading factor that unites nations and its people and likewise reinforces Imperial’s positioning as a leading brand. The stadium will be called the Imperial Wanderers Stadium.

“Imperial Wanderers Stadium is one of country’s premier sporting and entertainment venues and a stadium known throughout the world. As an international company with strong South African roots, we see great value in a partnership with a world-class venue that is unmistakably South African,” commented Mohammed Akoojee, group CEO of Imperial Logistics.

“The comradery of sport is universal, and it has an unmatched ability to inspire, motivate and unite. It’s lessons of hard work, team work, leadership and perseverance are deeply compelling,” expanded Akoojee. ”At Imperial, we share this passion for sport and the competitive and collective spirit it embodies – and this was the catalyst for our partnership with Gauteng Cricket.”

“The Central Gauteng Lions Cricket Board is proud to be associated with a company of Imperial’s stature,” said Jono Leaf-Wright, CEO of Central Gauteng Lions. “The group employs over 27 000 people in 32 countries and is ranked among the top 30 global logistics providers. We are like-minded in our vision and values and look forward to a long and successful partnership.”

“Imperial Wanderers Stadium is positioned to become a premier multi-purpose entertainment space where a diverse range of South Africans and international visitors can connect around shared interests and collective passions,” continued Mr Leaf-Wight.

“This sense of community and energy resonates with Imperial as a brand and we are accordingly proud to see our name on the stadium,” concluded Mr. Akoojee.