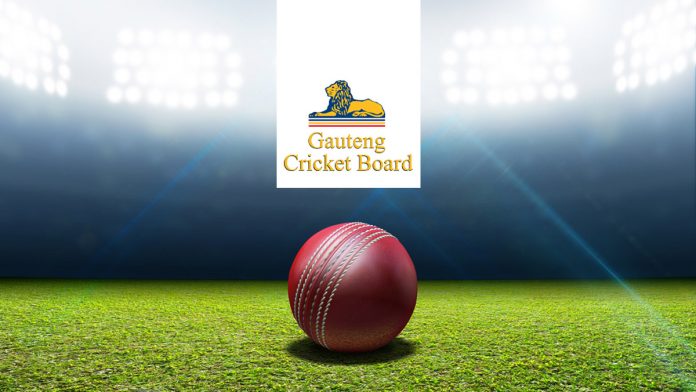 The Gauteng Cricket Board announced today that Jack Madiseng has been named as the new President of the organisation, effective immediately.

Madiseng brings with him a wealth of knowledge from his time as Chairman of Alexandra Cricket Club, and has been a non-executive member of the Gauteng Cricket Board since 2013 where he served on the Development Cricket, Transformation, and Ethics Sub-committees.

“Firstly, I would like to thank my predecessor, Thabang Moroe for his leadership, insights, commitment, dedication – and most importantly – his passion for the administration of cricket which has left the GCB in the position it is today. I wish him all of the very best as Vice-President of Cricket South Africa,” said Madiseng.

“I would also like to thank the Directors of the Board for having the confidence in me to lead the team. I am truly grateful and your confidence in me is highly appreciated. We will lead as a team and work for the overall benefit of cricket. Words of my gratitude will be expressed by continuing to take our brand on the growth trajectory we are currently on.

“I have big shoes to fill but I’m confident that this Board has the hunger and the fire to take this brand to the next level. My challenge is to leave this entity, it’s staff, and the assets having improved on their current status.

“We have made substantial improvements in various areas of our core business and with the Members of the Board, whom I have served with over the years, we have padded up and held each other accountable, stretching ourselves to face the challenges we have been confronted by and adopted an ‘ownership’ mentality that will take the GCB to the next level.

“Aligning with all the GCB Stakeholders, Sponsors, Affiliates, and CSA will be a priority in achieving the strategic plan our Directors on the Board have put in place. The growth and transformation of cricket, at every level of the game we all love, is key to us getting the bums on seats which our fans in the ‘Bullring’ will help us achieve,” the Corporate Executive, who started playing cricket in the mid-1980’s, concluded.

In his playing days, Madiseng was a talented all-rounder and was first introduced to the sport through Bakers Mini-Cricket. He went on to play alongside Neil McKenzie in the under-12 Transvaal side before representing PG Bison at under-15 level and receiving a cricket scholarship to King Edward VII school.

Following his career as an opening batsman and off-spinner, Madiseng went on to work for several multi-national companies in highly specialised positions. In 1999, he joined the Woolworths Management Programme before being appointed as an Operations Executive at Total SA and then a Project Manager, and finally an Executive at Barloworld Logistics. He currently serves as an Executive within the Strategy, Marketing and Business Development at Imperial Logistics.

The Gauteng Cricket Board is situated in the Gauteng Province and oversees all cricket that is played in the following demarcated areas: Soweto, Kagiso, Johannesburg North, Alexandra, Wits and surrounding areas, Vaal, South East Area, Jeppe, Lenasia and Johannesburg Central.