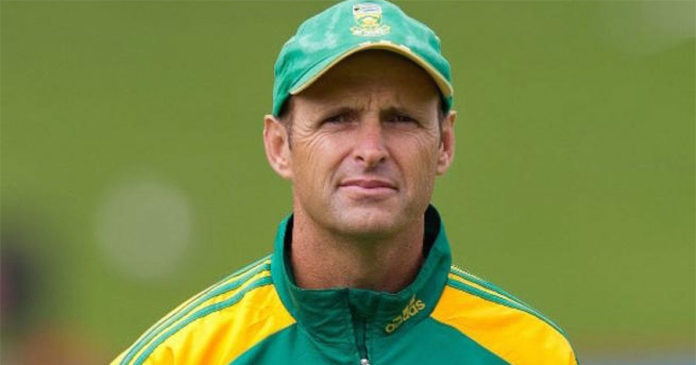 Durban Heat coach Gary Kirsten is excited about what the Mzansi Super League (MSL) can do for South African cricket, saying it has all the potential to unearth future stars for the Standard Bank Proteas.

The legendary Protea will be getting his first taste of the action in season 2.0 after being appointed as the team leader at Kingsmead earlier this season.

Kirsten has a glittering CV both as player and coach. He led India to the World Cup title in 2011 and is also a former South Africa coach. The 51-year-old also has extensive experience coaching in the Indian Premier League (IPL), whilst he is also involved in Australia’s Big Bash League (BBL).

“That’s good news and now it’s just about taking the learning from the last one and building on it. It’s going to be a very important competition for South African cricket.

“I think this competition can play a similar role. For me the success in these tournaments is the young players that come through and go on to play for South Africa.”

Kirsten, a man that played nearly 300 games for the Proteas, was speaking at the Player Draft earlier this month, where he and his coaching team came to assemble their squad for the 2019 campaign.

He is one of two new coaching faces at the six franchises, replacing Grant Morgan in Durban. The other is West Indian Donovan Miller, who took over from interim South Africa Team Director, Enoch Nkwe, at Jozi Stars.

Kirsten said he enjoyed the draft that was held in Soweto but said that their good squad did not necessarily transform into good results.

He continued: “Drafts are always fun. Eventually every team ends up with kind of a good balanced team, but not necessarily always the players they were looking for. But that’s what the draft is.

“I’ve been in enough of these things where everyone goes ‘wow great squad’, but then who plays well and who doesn’t. That’s ultimately what it boils down to.”

His words transform into almost exactly what happened at the Heat last year, where one of the strongest squads failed to deliver as they ended bottom of the table.

It is all change on the east coast this time around, where they have two new marquee players in Andile Phehlukwayo and England ace Alex Hales, whilst the franchise have also brought in new faces like last year’s winning captain Dane Vilas from the Stars, Ravi Bopara, rookie Marco Jansen, Malusi Siboto, Wihan Lubbe and Shaun von Berg.

Kirsten was especially excited about Jansen, a 19-year-old left-arm quick, but says they worked strategically to sign players for the conditions they were likely to experience for most of the competition.

“We’ve certainly looked at where we are based,” he added. “It’s where we’ll be playing half our games, it’s slow wickets, 150-160 scores and then squeeze with your bowling you know.

“I think we’ve got good variety in our bowling attack. That’s the most important thing, having that flexibility. We might go two seamers and three spinners. We’ve got that option, we’ve got all-round options in terms of spin as well.

“We’re happy with what we’ve ended up with for the tournament.”

All MSL games will be played over a five-week period starting on 8 November with the final scheduled to take place on 16 December.