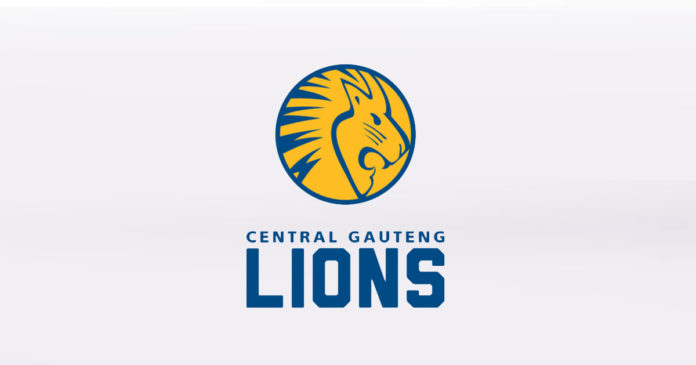 The leaders at the Lions Cricket (Imperial Lions and Lions amateur cricket) have appointed a formidable force of experienced, energetic and resolute professionals tasked with topping the global cricketing scoreboard this season and beyond.

The domestic restructure has brought about many changes and challenges, one of which has seen the movement of several successful Lions Cricket coaches to competitor Unions. “We’re sad to say farewell to a host of our professional staff such as head coaches; assistants; physio’s and strength and conditioning experts to the likes of Easterns, North West, Limpopo, South Western Districts and other. But at the same time we take pride in their development, and with that welcome our new recruits as we aim to empower others and grow the game off-field as well as on”, says Lions Cricket CEO Jono Leaf-Wright.

With the imminent brand launch of Lions Cricket, Leaf-Wright reiterates the Union’s determination to remain global leaders in cricket, with high performance being a key focus area: “We want to continue to win and thus are full steam ahead this off-season. As an outfit, we are aligned from our stadium, medical center, facilities, schools, clubs, universities and professional teams. We have brilliant people driving the Lions Cricket brand from our Board through to staff, coaching and the all-important sponsors and partners who form part of the Lions family. I take great pride in presenting our coaching line up for the upcoming season and beyond”.

Joining Wandile is newly appointed Assistant Coach Jimmy Kgamadi, formerly of North West Cricket. Jimmy brings with him not only experience as a player, but more recently coaching, having produced several players currently in the ranks.

“Our approach has been one of combining experience with fresh faces, an approach that will continue to fill our trophy cabinets while also growing the game across the many spheres”, says Leaf-Wright.

“In our quest for excellence, we have secured Prasanna Agoram, undoubtably the cricketing world’s number one High Performance Analyst. As the High Performance Manager, Prasanna adds an unquantifiable value to the Lions Cricket system, overseeing talent acceleration from grassroots through to professional level”.

Looking at the Wanderers Sports Medical Centre, Leaf-Wright says it’s one of CGL’s  greatest assets; “They are 100% behind us in terms of medical, physio and high-performance care as well as medical supplies. Dr Lervasen Pillay will remain on as the Imperial Lions team and Lions Pipeline Sports Physician. Dr Pillay brings a wealth of experience in High Performance sport and is a true asset to our set up”.

“Ziyaad Mohammad will maintain his role as the Imperial Lions Cricket professional team physio. Ziyaad has done extremely well with our players in making sure that they were eligible for selection and were injury free”.

“Continuing the momentum in the strength and conditioning department is Nandile Tyali who is all too familiar with the players’ workloads, Lions’ setup and the Central Gauteng cricketing pipeline. He will continue to play a strong role in the women’s game as well as all the academy, U19 and U16 age groups. Nandile will look after all strength and conditioning for the system from the mens’ and womens’ 1st teams, right down to schools’ level”.

“We need to ensure that we produce not only technically and mentally fit players, but ones who are also physically fit and who understand the demands of playing professional sport. The partnership between Dr Pillay, Ziyaad and Nandile we believe achieves just that”

Heading up the batting department is the 37 year old, classy left-handed former Protea batsman JP Duminy. With more than a decade of international cricket to his name, JP will contribute immensely not only to the professional team, but to all teams throughout the pipeline.

On the bowling front it’s former Warriors head coach Piet Botha who will add huge value with his 54 years of experience and 118 First Class matches.

“I’m delighted to have retained Nandile, Dr Pillay and Ziyaad and extremely excited that we’ve secured the services of Jimmy, JP, Piet and Prasanna, each man bringing with him a wealth of experience. I look forward to the journey ahead and have no doubt that we’ll learn, grow and succeed together. I warmly welcome each new coaching recruit and cannot wait to get the new season started!”

On the Semi Pro women and girls U19 front is the ever reliable, efficient and dedicated Shaun Pretorius heading up the department.

Siya Sibiya remains with the mens’ U19’s. Siya, as former SA U19 Assistant Coach, brings passion, an expert eye, an open mind and a hunger that Lions Cricket treasures.

Moving down the ranks to u16, is former Orange Farm head hub coach Teboho Ntsukunyane, who will head up the u16 girls cricket. Tebogo is currently undergoing his Level 3 coaching accreditation and has been identified as a tremendous coaching talent and as a man who is humble, determined and driven by his love of the game and those who play it.

The U16 boys will be in the capable, competent and caring hands of 31 year old Minenhle Magubane, a man who’s worked his way through the coaching ranks from Development Coach through to U19 and Academy Head Coach for KZN Inland Cricket up until April this year. Apart from his vast coaching experience, his cricket qualification of Cricket South Africa level 3 will enable him to successfully nurture and grow the next Lions generation.

Central Gauteng Lions President and Chairperson Anne Vilas echo’s Leaf-Wright’s pride for the coaching unit: “The CGL team has worked tirelessly to construct a passionate coaching unit made up of both youthful exuberance and invaluable experience. On behalf of the Board, I would like to sincerely welcome our new coaches, thank them for boarding this journey with us, and assure each of them of our absolute support in the days and years ahead. Let the Lions roar louder than ever before!”