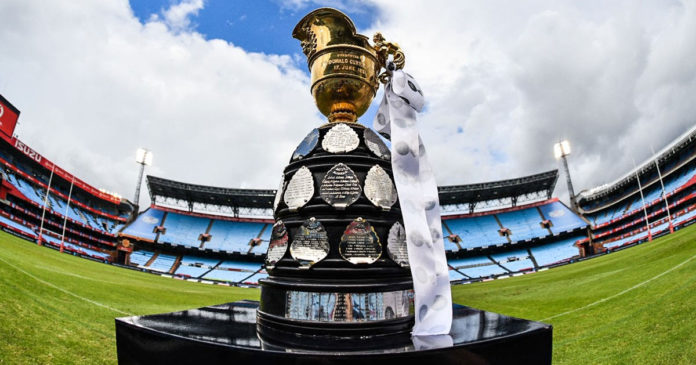 Established stars and a host of the country’s best emerging talent from all 14 unions will lace up for the start of the Carling Currie Cup this weekend, with 12 weeks of exhilarating provincial rugby on the menu.

The First Division will return after the teams missed out last year and a new champion will be crowned from the Boland Kavaliers, Border Bulldogs, Eastern Province, the Down Touch Griffons, Leopards, South Western Districts Eagles and Valke.

Claws will be out when the Eagles and Valke get the Carling Currie Cup ball rolling in George on Friday (17h00) in a First Division clash, followed by a Premier Division match-up between the big cats when the New Nation Pumas host the Lions in Nelspruit (19h00).

The Lions may have won the last two Carling Currie Cup cat fights against the New Nation Pumas, but on both occasions the men from Mbombela were in it, with each team scoring three tries apiece when they last met, on 2 January 2020.

The Lowvelders have been boosted by the return of No 8 Willie Engelbrecht, who was on loan to the DHL Stormers during the PRO14 Rainbow Cup SA competition and who will add some real grunt upfront.

Experienced lock Pieter Janse van Vuren will yet again lead the New Nation Pumas in the Carling Currie Cup, while prop Corné Fourie’s return to Nelspruit, after stints in Johannesburg, Cape Town, Japan and England, will add to their depth in the front row.

However, the Lions have unearthed a slew of brilliant young loose forwards recently, and all of them will be keen to build on their Rainbow Cup form in the Carling Currie Cup. Former Junior Springbok No 8 Francke Horn, who returns from injury to lead the team, will start next to Vincent Tshituka and Sibusiso Sangweni this weekend.

Four matches follow on Saturday – in the Premier Division, the Cell C Sharks travel to Kimberley for a tricky outing against Tafel Lager Griquas (13h30), after which the Vodacom Bulls get their campaign underway in a classic North/South Derby against DHL Western Province in Pretoria (16h00).

Both sides in action in the first match on Saturday in Kimberley, will be led out by new captains, both of whom led the Junior Springboks earlier in their careers.

Ruan Steenkamp, a former Vodacom Bulls loose forward who made the move to Kimberley a few months ago, will captain the men from the Northern Cape, while the 22-year-old Phepsi Buthelezi has been handed the reins for the Cell C Sharks.

Even though both unions will field depleted teams in Pretoria on Saturday, the Vodacom Bulls – who snuck home by 22-20 thanks to a late converted try in their last Carling Currie Cup clash in Cape Town – and DHL Western Province will be keen to get their campaigns off to a winning start.

Sango Xamlashe (centre), who led Tuks to the 2021 FNB Varsity Cup title, will captain the Vodacom Bulls side, which also feature a return to action for promising prop Simphiwe Matanzima.

Meanwhile, two First Division encounters take place in the Eastern Cape on Saturday – the Border Bulldogs host 2019 runners up, the Down Touch Griffons, in East London (14h00), and Eastern Province and the Leopards square off in Gqeberha (15h00).

If a match can’t take place due to a union not being able to field a team because of positive COVID cases, and there is no acceptable time to reschedule the match, regulations decided upon prior to the 2021 season determine that the fixture be deemed a 0-0 draw.

However, four match points would be awarded to the team who had not been the cause of the cancellation. This ensures that no artificial scoring points were added to the tries/points for and against columns.

If both teams are unable to play, two log points will be awarded to each side.