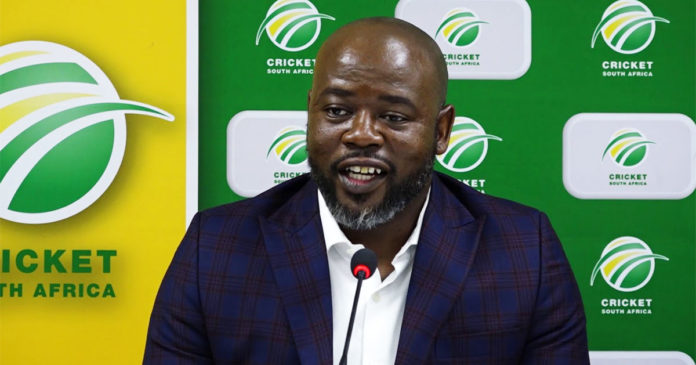 Cricket South Africa (CSA) has called on fans to show patience with captain Faf du Plessis, interim team director Enoch Nkwe and the Standard Bank Proteas as they regroup and build a new era following the retirement of many of its senior core of players.

“It was always going to be a difficult challenge taking on the top team in the world – certainly under their own conditions – in India at a time when we have introduced a new team structure,” commented CSA Chief Executive Thabang Moroe.

“In the past two years we have had to bid farewell to some of the great names of international cricket such as AB de Villiers, Hashim Amla, Morne Morkel and Dale Steyn who between them played nearly 450 Test matches for the Proteas. You don’t replace that kind of experience overnight and we need to give a new generation time to settle.

“These things take time and I am confident that we will already see improvement in our next Test series when England are our visitors during the festive season. I am sure that our supporters will rally behind them on home turf.  These are, in fact, exciting times for South African cricket with new names and faces coming to the fore. Our talent pipeline has produced the likes of Aiden Markram, Kagiso Rabada, Lungi Ngidi and Zubayr Hamza over the last few years and our development systems are clearly in good shape.

“There is a huge incentive on our young players to put pressure on the incumbents. There is nothing like good competition for places that brings out the best in all,” concluded Mr. Moroe.

With the Indian team having written themselves into the history books, with their 11th consecutive Test cricket series win at home, CSA Acting Director of Cricket, Corrie Van Zyl, has urged for patience with the new look Proteas outfit that has a lot of new faces. “We need to appreciate the quality that is in this Indian side,” says Van Zyl.

“This is an Indian team that has been together for some time now and is well accustomed to playing in their home conditions. I strongly believe we, as the Proteas, have the players to win games and the youngsters will come right. The team are constantly trying to find ways to win. It’s not like they’re not doing a great job with it. We believe in them that they’re going to make the right decisions to do the best they can do to help us win Test matches.”