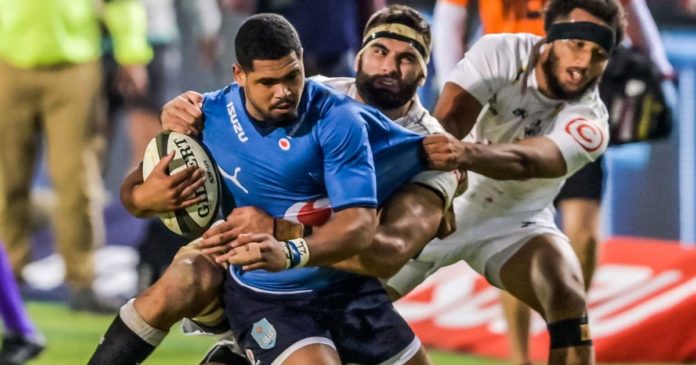 The race for top spot in the PRO14 Rainbow Cup SA is going down to the wire as the Cell C Sharks and Vodacom Bulls meet in Durban on Saturday for a place in next weekend’s North v South final, with kick-off at Jonsson Kings Park set for 18h15.

The match between the Emirates Lions and DHL Stormers, scheduled for Cape Town Stadium on Saturday, has been cancelled in line with COVID-19 protocols to limit the risk of further infection in the rugby community.

As a result, and in line with the competition rules, the fixture is deemed a 0-0 draw, but four match points would be awarded to the team who had not been the cause of the cancellation, in this case the DHL Stormers. The Capetonians will finish on 17 log points, while the Emirates Lions will remain on eight.

That means all the attention will move to Durban, where the Vodacom Bulls will go into their clash with the Cell C Sharks with a four-point advantage, but the KwaZulu-Natalians can still sneak into first place to earn a place alongside Benetton in the Rainbow Cup final.

The Cell C Sharks will have to win with a try-scoring bonus-point while at the same time ensuring the Vodacom Bulls return to Pretoria empty-handed if they are to book their place in the final without needing to rely on tie-breakers.

Currently on 20 log points, the Vodacom Bulls would in all likelihood qualify for the final if they can get a single bonus point from the match, given the gulf in points difference between the top two – the Cell C Sharks are on 16 log points.

Vodacom Bulls Director of Rugby Jake White has decided to shift Ruan Nortje from lock to blindside flank, opening up space for Janko Swanepoel to start in the engine room on Saturday.

Nortje’s move to the side of the scrum is a result of the injury to Elrigh Louw. Springbok loose forward Marcell Coetzee takes over the captaincy and No 8 jumper from the injured Duane Vermeulen, with fellow Bok flanker Marco van Staden covering the openside position. The rest of the starting line-up remains unchanged.

“We have approached this match as if it was a semi-final,” said White.

“Nothing less than a win is good enough. The boys need no further motivation and despite a few injuries, come Saturday we will be focused and determined to execute our plan.”

The Cell C Sharks will welcome back a bunch of their top players for this clash. After the enforced resting of Springbok players last weekend in the team’s match-winning performance against the Emirates Lions, Cell C Sharks head coach Sean Everitt has been able to bring back squad leaders Lukhanyo Am and Siya Kolisi, with Curwin Bosch returning at flyhalf and Aphelele Fassi back in the number 15 jersey.

“In the last outing at Loftus, we were in the game at half-time and leading, I thought we dominated for 50 minutes but unfortunately unravelled in the last 20 or so and conceded four soft tries, so we have to look at the game as a whole and put it into perspective,” said Everitt.

After losing twice in this competition – including a 43-9 defeat at the hands of the Vodacom Bulls in their third round encounter in Pretoria – the Cell C Sharks hit back last weekend to open up the title race and Everitt expects nothing different this weekend.

“We’ve bounced back before and we haven’t lost to the Bulls at home, so we’re very keen to turn the tables on them at home,” he said.