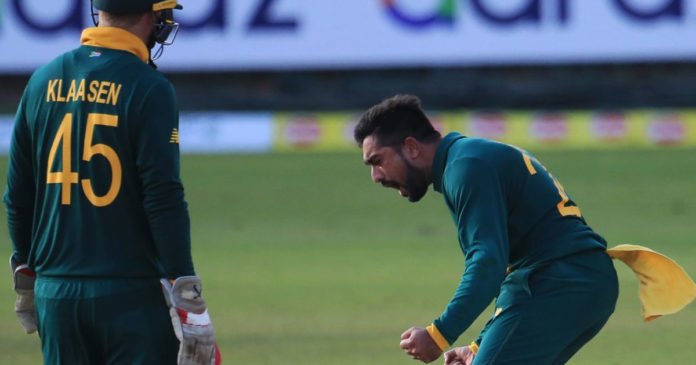 A disastrous batting collapse by the Proteas led to a 78-run loss and 2-1 series defeat to Sri Lanka at the conclusion of the third One-Day International at R. Premadasa International Cricket Stadium on Tuesday.

Maheesh Theekshana returned the best bowling figures by a Sri Lankan spin bowler on debut with his 4/37 as the visiting side looked out of sorts in their pursuit of the hosts’ 203/9 total.

South Africa was bowled out for 125 in 30 overs with only Heinrich Klaasen (22 off 30 balls), Janneman Malan (18), George Linde (18), Andile Phehlukwayo (17) and interim captain, Keshav Maharaj (15) managing to return scores in the low double figures. The rest of the batsmen failed to see off the relentless Sri Lankan spin attack, succumbing in quick succession from the beginning of their reply.

Dushmatha Chameera (2/16) and Wanindu Hasaranga de Silva (2/32) assisted Theekshana with two wickets each, while Charith Asalanka (1/3) and Praveen Jayawickrama (1/18) chipped in with one a piece.

Earlier in the day, South Africa had also bowled well, utilizing the fullness of their spin attack for 40 of the allotted overs, leaving just 10 for the seamers. Maharaj was the pick of the bowlers with 3/38, followed by Tabraiz Shamsi (2/31) and George Linde (2/32) with two each, while Wiaan Mulder and Aiden Markram added figures of 1/3 and 1/41 respectively.

There were no half-centuries in the match, but Sri Lanka’s Asalanka made the highest score of 47 from 71 deliveries (2x 4s). Dhananjaya de Silva (31) and Dushmantha Chameera (29) were the only others who scored above 25.

South Africa will look to put in a much-improved performance in the T20 series as they start their final bit of competitive preparation ahead of the ICC T20 World Cup which begins in the United Arab Emirates (UAE) and Oman next month.