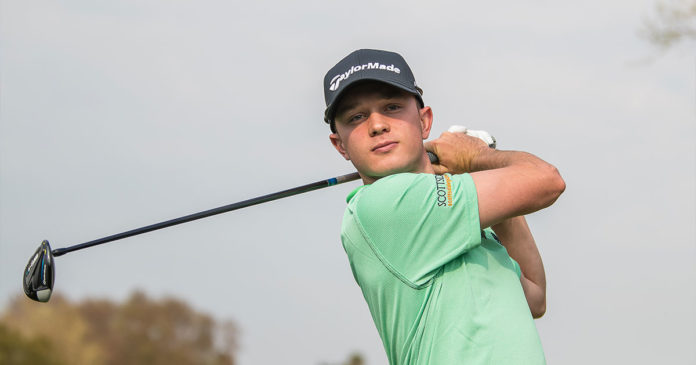 Jayden Schaper’s decision to return home from Europe and build his confidence on the Sunshine Tour has already shown rewards in his finishes of ninth and second in his last two tournaments. He’ll continue with that process in this week’s Sunshine Tour Invitational, which tees off at Centurion Country Club on Wednesday.

“I’ve been knocking on the door with a few top-10 finishes and playing in a few final groups on the last day. I’ve been close and I’ve been working hard, and that shows the work I’ve been doing is correct,” said the young star, who will join another quality field in this R1-million tournament.

After a tough 11 weeks in Europe in which Schaper felt he wasn’t making the progress he would like, he decided to return to the Sunshine Tour and rediscover the kind of form that saw him challenge Branden Grace for the South African Open in January 2020 before finishing sixth while still an amateur, and then push Christiaan Bezuidenhout before finishing second to him in the 2020 Alfred Dunhill Championship in his rookie season as a professional.

“In Europe I kind of just got down on myself and felt a bit mentally drained. So, I decided to come back home and do a reset, get back on the Sunshine Tour and have some fun again. I’ve had a friend on the bag with me, and I’ve been able to see friends and family again. My goal was to just reset my mind and my game and do some work and get back on track. It’s slowly coming back, and seeing my name on the leaderboards helps.”

He finished ninth in the SunBet Challenge hosted by Time Square at Wingate, and then led the field going into the final round of the Vodacom Origins of Golf at Sishen Golf Club before finishing second there.

“I made a few mental errors at Wingate but came out with a top-10 there and in Sishen I did my prep really well and felt like I was hitting the ball better and feeling a lot more confident.”