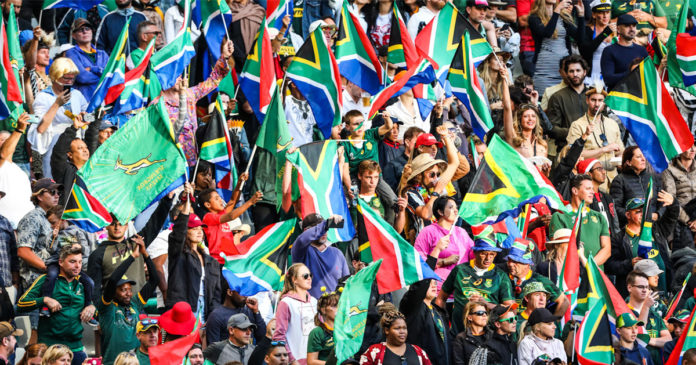 New Zealand did the double at the fifth instalment of the popular HSBC Cape Town Sevens as their men’s and women’s teams were crowned champions on a weekend where new sevens records were set in the Mother City.

With a women’s tournament added to the action for the first time, and the action extended to three days, the Cape Town Stadium saw new records for tries scored and attendance.

The All Blacks Sevens beat the Blitzboks, 7-5, in a nail-biting final, while the Black Ferns won the women’s tournament when they beat Australia, 17-7, in the final. The bronze medals went to Canada (women’s) and France (men’s).

“This year the event went up a gear with the addition of the women’s competition and a third day of action here at the HSBC Cape Town Sevens, and we believe we’ve raised the bar considerably this weekend,” said Jurie Roux, CEO of SA Rugby.

“We said #AnythingCanHappen and, both on and off the field, the event really delivered: whether it was synchronised swimmers in the pools; dancers suspended from the roof; opera from the stands or ferocious rugby on the field – the event pretty much had everything.

“Unfortunately, the Blitzboks failed to clinch the title but it was fantastic to see the support for them and the Imbokodo – the women’s team – with the last three days underlining the fact that we love our rugby and a celebration here in South Africa.”

On the field, France were in sublime form: Their women’s team’s 26 tries were the most of any side on the weekend, while the French men scored 25 tries, the same as New Zealand’s men.

Roux added : “Congratulations to New Zealand on winning the titles this weekend. Both finals were very tense and tough and delivered proper sevens rugby and they deserved their reward.

“I would also like to congratulate the Blitzboks on a great start to the season, even though they were pipped at the post, and the Imbokodo for showing fighting spirit in their games and finishing tenth against 11 other teams that are all regulars on the World Series.

“Thank you too to the other 24 teams that came here and thrilled us for three days with superb rugby, as well as the 120,000 people who helped make this tournament another one for the books.”