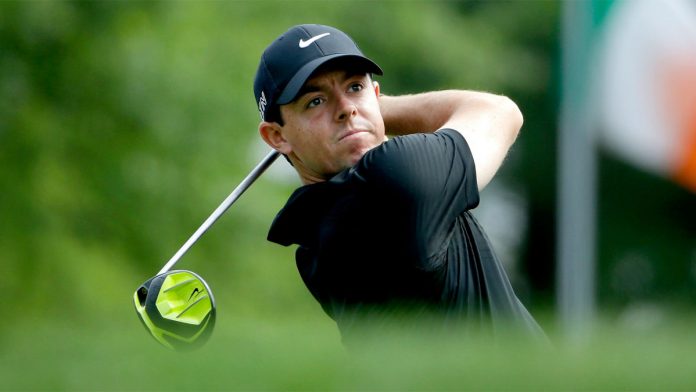 Rory McIlroy has made good on his promise to Ernie Els and will be playing in the 2017 BMW SA Open Championship proudly hosted by the City of Ekurhuleni at Glendower Golf Club in January. The Big Easy, who is the player-host of the second oldest national open championship in world golf, extracted the commitment when the South African played in the 2014 Irish Open, which is hosted by McIlroy’s Foundation.

Els said he was thrilled that McIlroy had kept his word. “Rory was very serious about coming to South Africa when I told him he ‘owed me one’ at the Irish Open,” quipped Els, “and I’m glad that he made the commitment so soon. His presence will help the growth of the SA Open which has been doing so well over the last few years.”

The newly crowned 2016 FedEx Cup champion spent a few weeks in South Africa soon after he turned professional back in 2008, during which time he played in the Alfred Dunhill Championship at Leopard Creek and finished in a share of third with Els at the SA Open which was played at Pearl Valley near Cape Town that year. “I can’t wait to come back to play in South Africa – it’s been a while since I was there. Ernie’s done such a great job of assembling a great field. Obviously we’re also there to support a great cause in Els for Autism,” he said.

McIlroy spent 95 weeks at number one on the Official World Golf Ranking, the fourth-longest period at the summit of the list. He is currently ranked number three and his participation in the upcoming 106th SA Open will give golf fans the opportunity to see one of the great modern players in action.

In addition to the field made up of an equal number of European and Sunshine Tour professionals, he will be up against defending champion Brandon Stone, as well as Retief Goosen, the two-time US Open winner who won the SA Open in 1995 and 2005.

“We are delighted that Rory will play in the SA Open,” said Sunshine Tour Executive Director Selwyn Nathan. “His presence adds even more value to the tournament for our generous hosts, the City of Ekurhuleni, and our title sponsor BMW South Africa.”

“As BMW, we have a vision to help grow this tournament into the biggest and most aspirational tournament on the continent,” said Tim Abbott: CEO South Africa and Sub-Saharan Africa. “A player of Rory’s calibre completely reinforces the type of tournament we are working hard to build.”

Speaking on behalf of the City of Ekurhuleni, Executive Mayor Councillor Mzwandile Masina said, “We are honoured to once again be the host city of the prestigious BMW South African Open Championship and look forward to welcoming Rory McIlroy, defending champion Brandon Stone, as well as some of the very best young golfers in the world to our Aerotropolis. We are very proud to be involved with an event of this stature that gives our city such important exposure to so many decision makers around the world.”

Tickets for the 2017 BMW SA Open proudly hosted by the City of Ekurhuleni go on sale online today at www.ticketpros.co.za