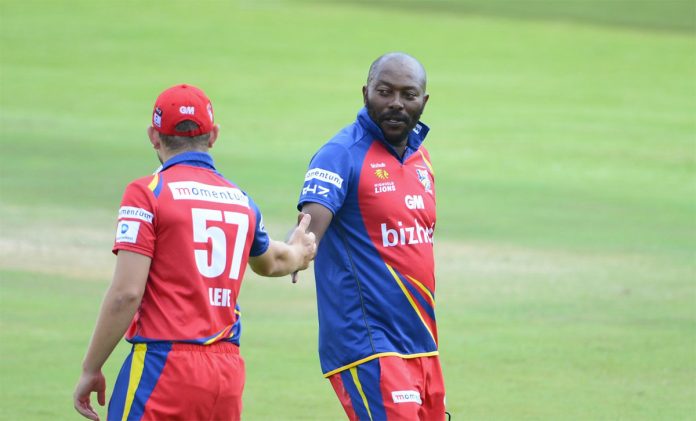 Highveld Lions coach Geoffrey Toyana wants to hit the ground running when they begin the 2016/17 Sunfoil Series season against the BuildNat Cape Cobras at the Bidvest Wanderers Stadium in Johannesburg on Wednesday.

The hosts ended as runners-up to the Multiply Titans last year after matching the champions for most of the way. But they faded towards the end and are now looking for early points as they look to wrestle back the title they won the previous season.

“We want to start the season well because it always sets the tone for what’s to come,” Toyana said. “The first game at the beautiful Wanderers and under blue skies, it should be a cracker.”

Young all-rounder Wiaan Mulder, the star of the amateur circuit last season and South Africa’s Under-19 captain, is likely to make his debut, while another new face expected to feature is Mangaliso Mosehle.

Big new signing Reeza Hendricks is not yet fit, while Ayavuya Myoli is also nursing an injury.

Opponents the Cobras did not have the best of season’s last year as they failed to win any silverware, but Toyana knows they will be formidable opponents.

“The Cobras have been a really quality side over the past number of years,” he added. “They’re always up there and we’ve always had tough battles against them.”

Unlike some of the other teams, the Cape side has not made any household signings and have turned to their youth structures to try to rectify the wrongs of last year.

Young duo Jason Smith and Zubayr Hamza have been spoken about in many cricket circles as the future and the pair will both feature from the start.

“Both are exciting players, so we look forward to see what they can bring,” coach Paul Adams said.

The Cobras will also feature three of their national stars for the first game with confirmation that Vernon Philander, Stiaan van Zyl and Dane Piedt will all play. However, Justin Ontong is ruled out through injury.

“It’s always exciting when you start a new season,” Adams added. “We’ve been cramped up a little bit in Cape Town due to the weather, so we’re excited to get outside now.”